The game has 3 challenging free game modes with each mode having 100 levels for you to check your brain skills. Besides free modes, the game has 9 more paid modes but you can play 10 levels in each of the mode to try the levels before making an upgrade. 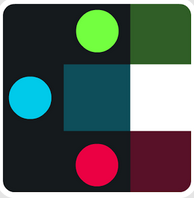 As I have mentioned above, the game is all about shifting circles into colored boxes. On playing any level, you will see the  game board like the one in the screenshot below. You can see that there a few circles, colored boxes, and blocks. 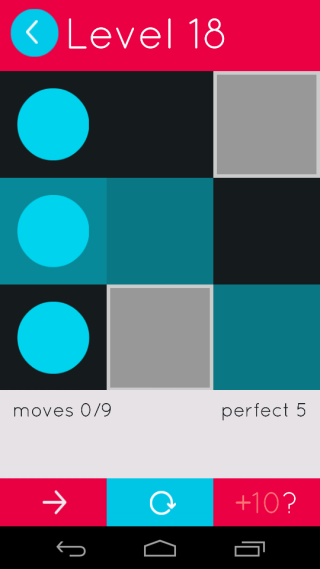 Your aim is to move these circles in the colored boxes to complete the level. While moving circles, if any of them has a block in its path then it won’t move further. So, you have to move all the circles in such a way that they ultimately move into the colored box. 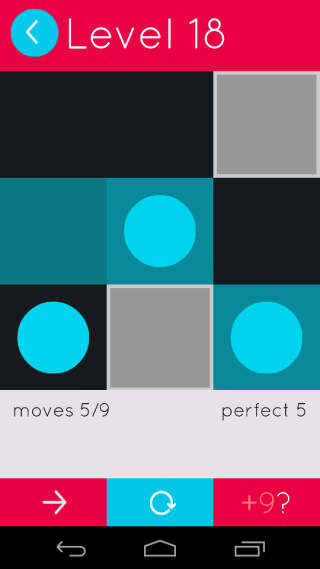 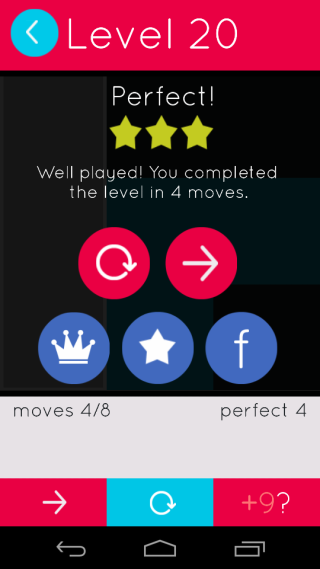 Here are two things you need to remember while playing the game:

The Move game  has a total of 12 interesting game modes, out of which 3 are completely free to play. The rest of 9 modes are a part of paid upgrades, but each of them gives you 10 free levels to try them before you make the purchase. 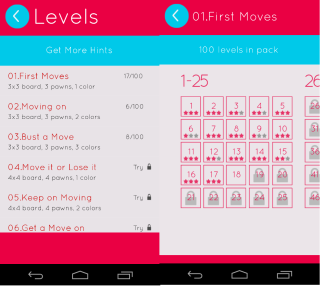 Here’s a brief description of gameplay of 3 free game modes:

You may also like: Brian Wars Online Brain Puzzle Game for Android.

Move is an awesome Android brain puzzle game. The game is fun to play but challenging at same time. I completely enjoyed playing the game and I am certainly hooked to it. Do give it at try, you will like it.