Uninstaller from AVG is a free Android app that lets you bulk uninstall Android apps. You can select all the apps that you want to uninstall, and it will uninstall all of them in one go. Not only that, it also lets you sort the installed apps based on data usage, space usage, app usage, etc., so that you know which apps are taking up most of the resources and uninstall those.

AVG Uninstaller for Android is completely free and very simple to operate. 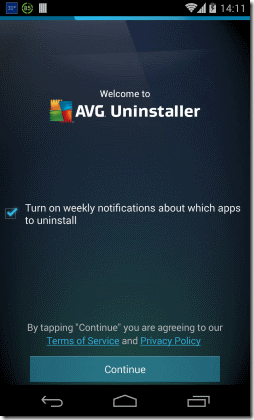 I have been trying out lot of Android apps to find good ones to review here. That results in tons of Android apps being installed on my phone. Deleting them one by one is a big hassle. We had reviewed Easy Uninstaller App Uninstall earlier and that does a pretty good job in mass uninstalling app, but I want to try out some new app and stumbled across this Uninstaller from AVG. And I must say, it is darn good.

How To Bulk Uninstall Android Apps:

You can download Uninstaller from the link available at the end of this review. Once you install, you will see interface as in screenshot above. Click on Continue and you will get to good part of this mass uninstall software for Android.

The main USP of this app is that it lets you sort apps based on various criterion, that lets you quickly decide which apps are you not using or the apps that are hogging your Android device, and get rid of them. 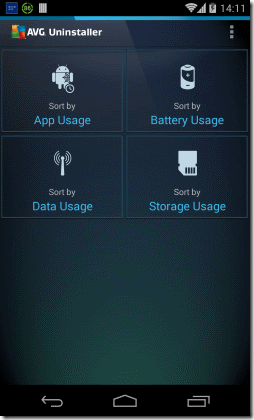 Click on any of these options to see all the installed apps sorted by that option.

Sort by App Usage: It will show all the apps sorted based on your usage of the apps. If you have just installed this app, then you will get a message that it is still learning about your app usage. In my case, it showed me that it will show this data after 3 days. This makes sense as it needs to spend time in understanding which apps we use most, to sort apps accordingly. 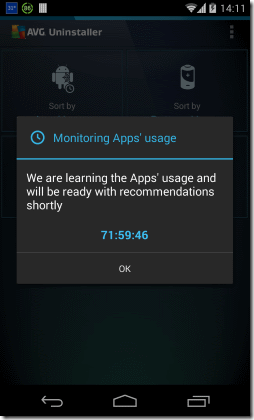 Sort by Batter Usage: This option will sort all the apps based on their batter usage. In my case, it showed 0% for all the apps, which is obviously not right. Probably, it will take some time to learn about battery usage as well, before it reports the correct data here. 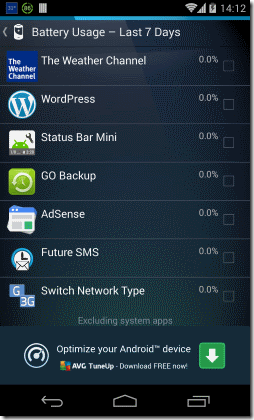 Sort by Data Usage: This option lets you sort all the apps based on their data usage. This seemed to work correctly for me. This is a useful option if you have limited mobile data and want to get rid of the apps that use most of them. However, it does not have an option to distinguish between mobile data usage and wifi usage. So, it might very well be possible that the app that uses more wifi data comes at the top. 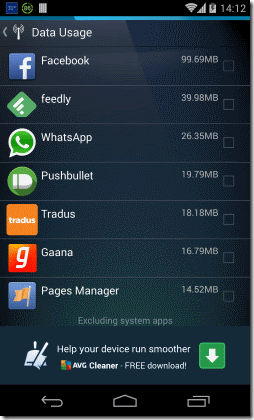 Sort by Storage Usage: This is another interesting sorting option in this app. It lets you sort all the apps based on the amount of storage space they are using. When I tried this option, I was surprised to see that one of the app was using 500MB of space! I would have never guessed that. So, this is definitely a good option to use in case you are running out of space on your Android phone. 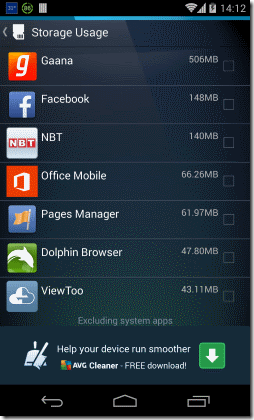 Now, once you have sorted the app as per your liking, just go ahead and select the apps that you want to uninstall. There are checkboxes against each app. Tick the checkboxes for all the apps that you want to bulk uninstall. When you do that, you will see an “Uninstall” button at the bottom. It will also show you how many apps you have selected. Click on this button to start the uninstallation process. 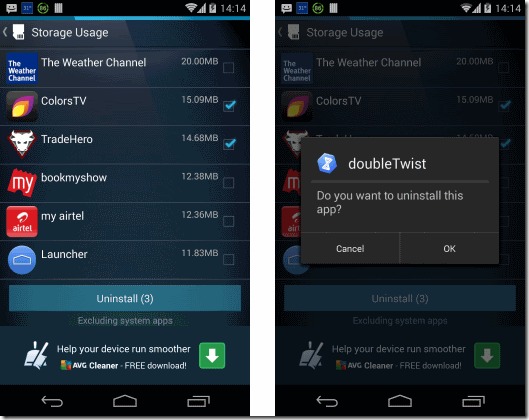 When you click on “Uninstall” app, it will give you a confirmation for each app that you have selected that do you want to uninstall this app. Now, I read some of the reviews in which this was cited as a disadvantage, but frankly, I like this feature, as this ensures that I did not accidentally select an app for uninstallation that I did not want to uninstall. Once you have confirmed on the app selection, the apps are quickly uninstalled.

My Opinion of Uninstaller for Android by AVG:

This app comes from the makers of AVG Antivirus for Android and is an equally rock solid app. It has been designed in a very easy to use and intuitive manner and makes the process of mass uninstalling Android apps very easy. However, there are a couple of shortcomings in the app, which I hope they improve. First of all, the Battery usage option showed all apps at 0%. Maybe it will improve after using this app for a few days. But most importantly (and strangely), the app does not have any option to sort apps simply based on their names in alphabetical order! So, if you know the names of the apps that you want to uninstall, it does not gives you an option to just sort apps alphabetically. You will need to sort in one of these options and then pick the apps that you want to uninstall.

Nevertheless, this is a pretty good app that can greatly reduce the time taken to bulk uninstall Android apps.

Get Uninstaller for Android here, or scan QR code below.