Alternate Textbrowser is a free text editor which can be used to edit text and HTML files. The editor provides text highlighter for a number of programming languages. So what makes this text editor different from others is its ability to update changes in real time. It means if you open the same file using two different text editors, and change the content in other, then Alternate Textbrowser asks you to update the content of the file.

This software also lets you open multiple files side-by-side, as well as shows preview of your HTML. 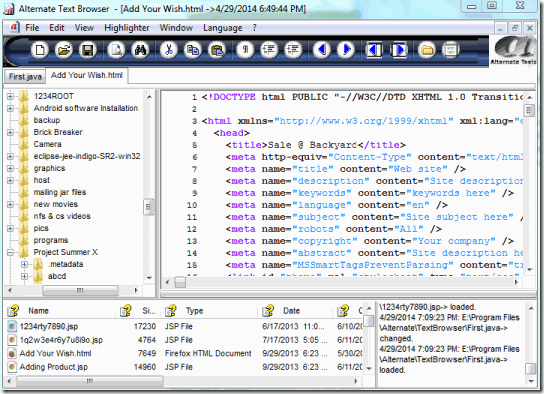 The software has a very easy to understand user interface and is very small in size (around 1 Mb only). A few minutes with it and you will start liking it. Some of the cool features of this text editor are:

How to use Alternate Textbrowser:

This small sized software can be downloaded using the link at the end of the article. Once downloaded, just run the .EXE file to install the application. When installation is over, you will be greeted with a screen where you can write and save it as per your wish. The software allows you to save the file with most of the popular file extensions, like: .TXT, .HTML, .XML, .JAVA, .C, .C++ and many more. 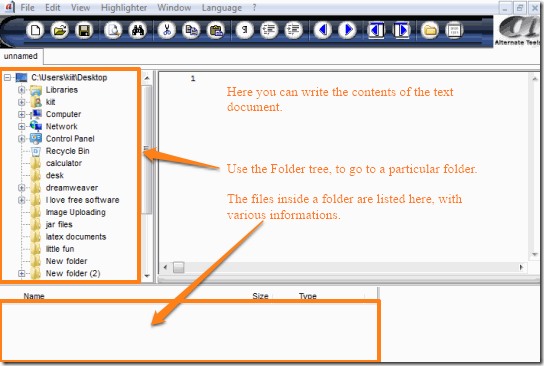 By default the files get saved in the installation directory of the application.

The software comes with some cool functionalities in the tool bar which is not found in most other text editors. 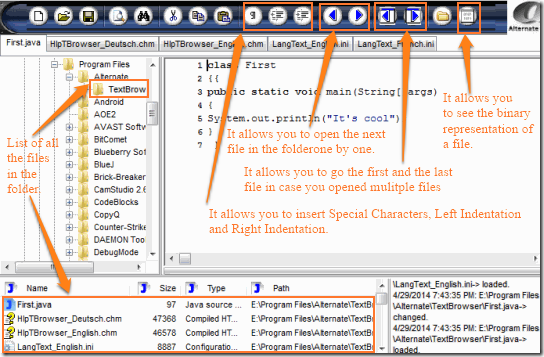 If you click on Highlighter in the menu bar, you get a list of all the languages according to which you can highlight your source code. The software also allows you to view more than one file simultaneously thus allowing you to compare and make changes. If you click on “Tile Vertical” or “Tile Horizontal” then all the files opened in the tab are shown vertically or horizontally as per your selection.

To close the simultaneous view, simply click on the Maximize button of any of the tab’s view.

One of the coolest thing of this text editor is, it allows you to preview the HTML files within itself. We do not have to open it in a separate browser to know how it looks. To get the HTML preview, select HTML preview under the View in the Menu Bar. 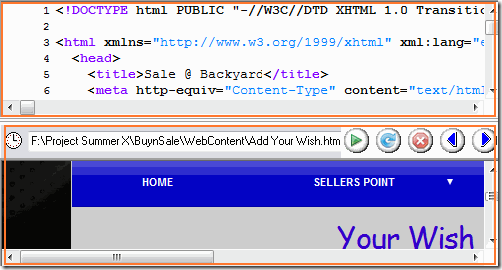 In order to view the binary equivalent of what you have what you have written in the text document or the source code, click on the first icon from right on the toolbar. You will get a view like the one below:

In case you forget the ASCII value of any character of symbol ,you can use the inbuilt ASCII table to get the numbers. To get he ASCII cumber select ASCII codes under Windows tab in the Menu bar. You will get a dialog box like the one below: 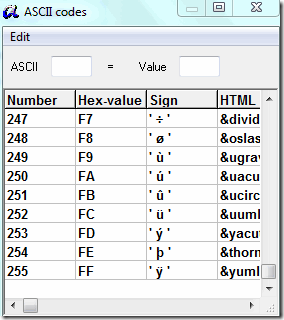 Alternate Textbrowser is a great application. Even though it is so small in size, it packs many functionalities which are not found in most other text editors. I really love this notepad alternative.