Each file has its own individual hashes, so if two files (online and downloaded file) having different hashes, that means downloaded file is not accurate and its contents corrupted during download process. In the similar way, you can check out whether offline file and online file uploaded by you is correct or not. 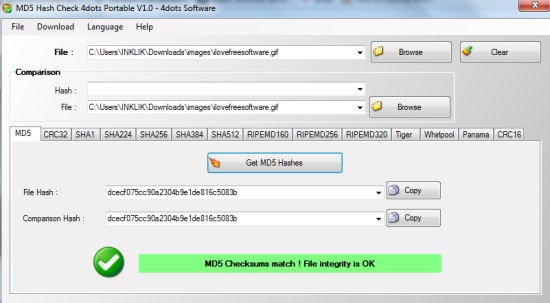 This MD5 hash generator allows you to compare two files hashes and shows if integrity is OK or not. You can generate any type of hash of added file and can compare it with another file.

Key Features Present In This MD5 Hash Check Software are:

You need to download MD5 Hash Check to your PC. Its homepage provides both installer as well as portable version. If you choose to install it on your PC, then it will be installed using an installer, which is ad-supported. So you need to use Decline button and choose Advanced installation mode to skip installation of extra products (like outobox, wajam, etc.). 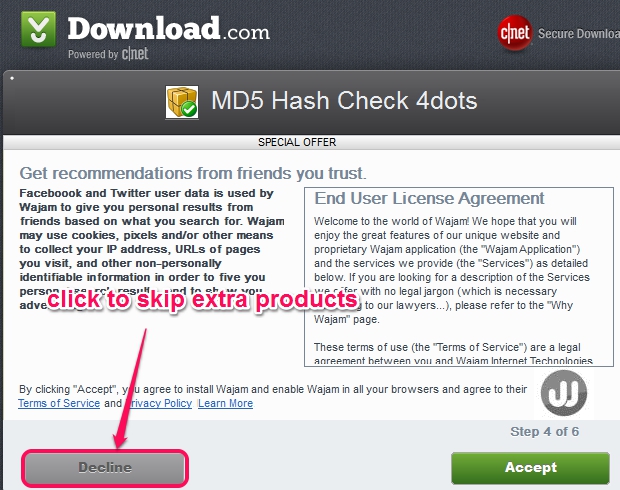 Complete the installation and use its desktop icon to open its interface.

Now to check integrity of files, you need to add a first file using Browse button. You can even drag n drop a file directly on required place. After this, choose a hash option. By default, it will let you generate MD5 hash, but you can switch to any other hash option accordingly. After this, use available button (Get MD5 Hashes button for MD5 hash option) to generate hash value. In the similar way, you can add another file and can generate that file’s hash value. If hash will be the same, it shows integrity is OK, otherwise it shows integrity error, just like visible in screenshot below: 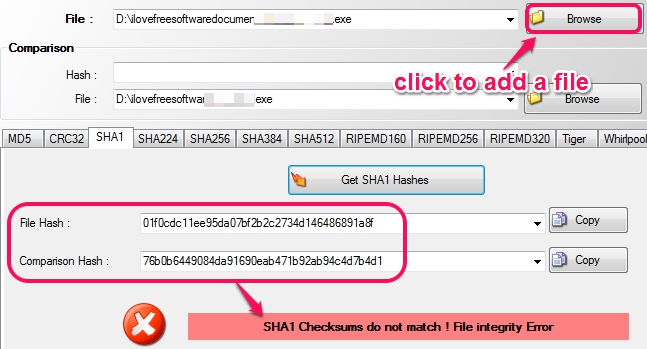 MD5 Hash Check is one of the useful software to check MD5 hash or any other supported hash of files. Interface is also user-friendly and anyone can work with this without any trouble. The feature of integration with context menu of Windows Explorer is especially helpful for those who download a lot of files.