This is a quick tutorial to explain how to access sites with .bit, .lib, .emc, .coin, OpenNIC Domains in Chrome. These domains are Blockchain domains and several sites are hosted on these. And this extension lets you access those sites with ease. The extension which does that is Blockchain DNS and you just have to install it and then forget it. Apart from Chrome, it works on Firefox as well. It does nothing special except using the Blockchain DNS to point the sites hosted on the aforementioned domains. However, this extension doesn’t promise you to hide your activities of opening sites hosted on the Blockchain domains. Your ISP or government can still see your browsing activity.

The extensions that I have listed in beginning are Blockchain domain. The sites hosted on those domains are restricted by the ISP or government in many countries including mine(India). Main reason is that those sites can be illegal but not all. So, in case, you need to open a website which is using a Blockchain domain then you need a resolver to point you in the right direction. Since ISPs are not resolving Blockchain DNS so you need an external DNS to resolve those names. And luckily this extension I have mentioned here does that pretty quickly. 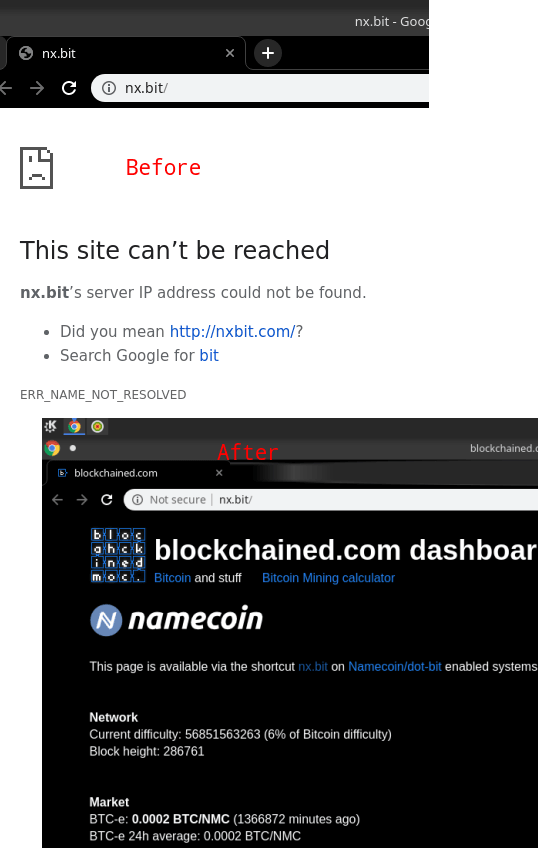 How to Access Sites with .bit, .lib, .emc, .coin, OpenNIC Domains in Chrome?

Blockchain DNS Chrome and Firefox extension resolves domain like .bit, .lib, .emc, .coin, and OpenNIC domains. For this post, I will be using this extension in Google Chrome. You can add it to Chrome from here and then let it sit there in the Chrome toolbar. You can see the behavior of the extension in the screenshot I have added in the beginning. 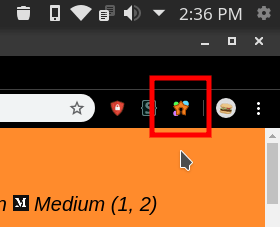 The extension is pretty simple and doesn’t even have any interface. After you have installed it, you can simply leave it there and it will keep doing its work on it own. If you want then you can learn more about the Blockchain DNS on it websites and you can reach there by clicking on its icon. On the main interface, you can see how this Blockchain system works and how ISPs don’t resolve the Blockchain domains.

In this way, you can easily open the sites with different Blockchain domains in Chrome. The process is same for Firefox as well and you just get the Firefox addon of the same extension and then you are simply done. But I;d like to remind you here that you ISP or any other organization will know that you are accessing these domains. This extension only works as a name resolver and not as a VPN.