This post talks about two software to convert VMDK to QCOW2 in Windows for free. The software I have added here takes a healthy VMDK file from you and produces the corresponding QCOW2 file. The generated QCOW2 files can be used in the dedicated software such as Qemu as a virtual hard drive for the machine. Also, there are other Linux tools that can mount QCOW2 files, you can use it in those as well. However, currently there is no way in Windows to mount them as virtual drives. But you can create QCOW2 files in Windows using a couple of free software that you will see in the post below.

There are quite a number of virtual machine software out there. Some of them are popular and some of them are not. Those virtual machine software use a virtual hard disk file of different formats. The most popular format for the disk of virtual machines are VMDK and VHD but there are some that use other raw formats as well. And one such formats is QCOW2. This format is not supported in Windows and nor you can mount in Windows OS as of now. But you can access its content using free archiver software such as 7-Zip.

If you have a VMDK file and want to use that in another virtual machine that uses QCOW2 format for hard disks then you will have to convert the VMDK file. And the software I have mentioned here lets you do that easily and in just a few minutes. And not only VMDK but the following software can convert the other type of disk images to QCOW2 such as from VHD, VHDX, etc.

How to Convert VMDK to QCOW2 in Windows?

qemu-img is a Linux tool but luckily available for Windows as well. This tool comes with a CLI and there is a simple command to convert a VMDK file to QCOW2. It analyzes the given VMDK file and creates the corresponding QCOW2 file that you can use wherever you want. Basically, this tool allows you to convert different kind of virtual hard disk images from one format to other. It supports VMDK, VJD, VHDX, IMG, QCOW2, RAW, and IMG like formats and you can convert them among one another easily, including VMDK to QCOW2. In some Linux distros, you will find this tool pre-installed but in Windows you will have to manually install it.

You can get the Windows binary of this tool from above and then save it somewhere safe. Next, you can add the folder where the binary files of qemu-img are to the system PATH environment variable. If you don’t know what that is then you can see this post. After you’re done with setting the PATH variable, you can start using this tool. Open command prompt or any other CMD emulator and then run this command. 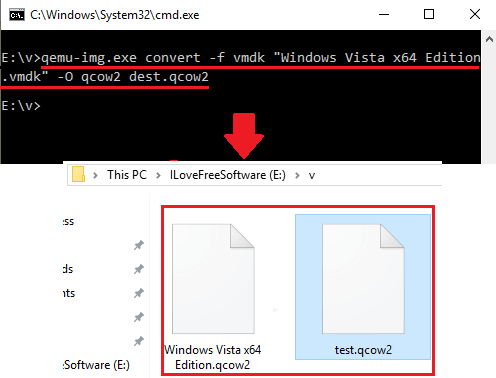 Change the colored parameters in the above command and execute it. It will start processing the input VMDK file after it is done, it will leave the converted QCOW2 file in the same folder. The time it takes for the conversion of the VMDK file depends on its size. In my case, it took around 4 minutes to convert a VMDK of size 2GB to QCOW2. But if you have VMDK of large size, then you will have to be patient during the conversion process.

StarWind V2V Image Converter is another free software that allows you to painlessly convert a VMDK file to QCOW2 and then you can use that in the virtual machine software that use QCOW format for the virtual disk. This is quite a powerful software that you can use in Windows to convert different type of virtual machine hard disk files to variety of formats including QCOW2. In just a few clicks, you can easily convert a VMDK file to QCOW2 and it even supports the reverse conversion as well. Recently, I uses the same software for VMDK to VHD conversion and now you can use it for VMDK to QCOW2 disk as well.

To download this software on your PC, you will have to fill a short form and enter your email address to get the download link. Next, you install the software and then open it up and its wizard like interface. Actually have to specify the different parameters for the conversion in different steps. In the first form, select the “Local File” option and then give it the path to the source VMDK file. 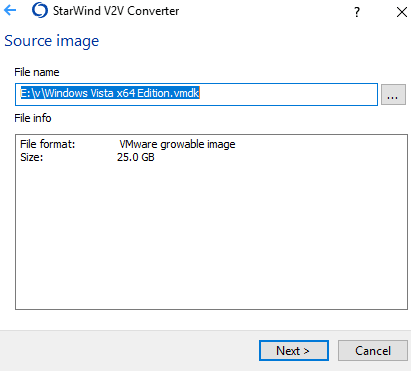 Now, specify the QCOW2 as the target format and location in your PC where it will save the final QCOW2 file. 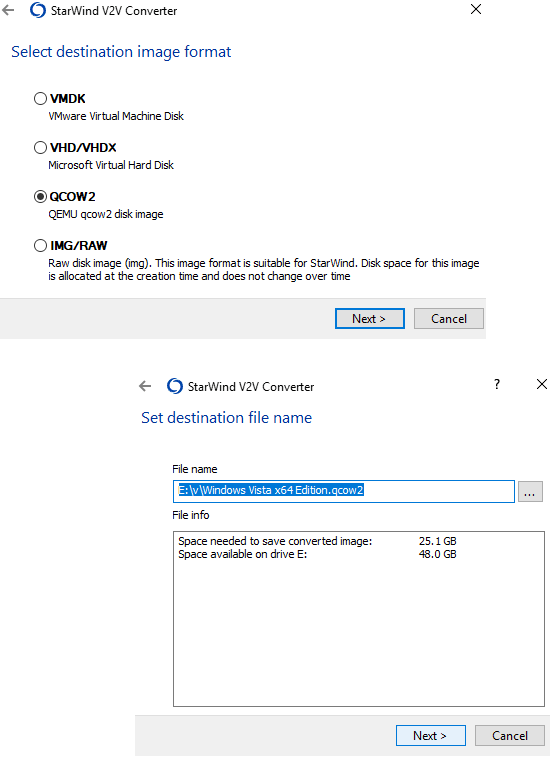 Now, you have specified all the parameters and it is time to start the conversion. So, start the conversion process and you can see its progress on its interface. When it fully converts the VMDK file to QCOW2, you can access or use it in the software or other applications that support QCOW2. 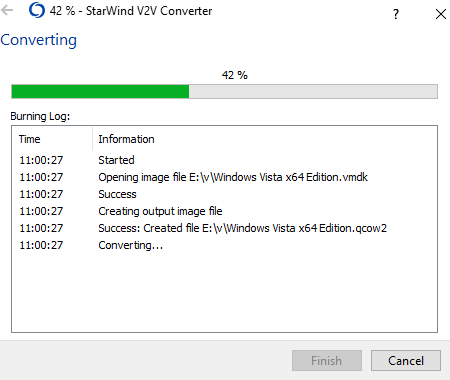 QCOW2 is not really a very popular format in the context of virtual machines. And this is why these are the only free software I could find to convert a VMDK file to QCOW2 in Windows. If you are on Linux, there are more advantages for you as you can mount QCOW2 images there easily but this is not the case with Windows. So, if you are looking for some free software to convert VMDK to QCOW2 then you have come to the right place. If you can handle command line tools pretty well then you can use qemu-img. Or, if you want to use simple GUI based software then you can use StarWind V2V Image Converter. And this post will help you in getting started with these free software.