But recently, Google announced that it is making the backup feature available to everyone for free. Earlier, you could not access anything in the Google One app without a subscription. Now the latest update of the app allows you to explore all the features with the default 15 GB free storage plan as well. This gives access to the cloud backup feature to everyone including iPhone users too. 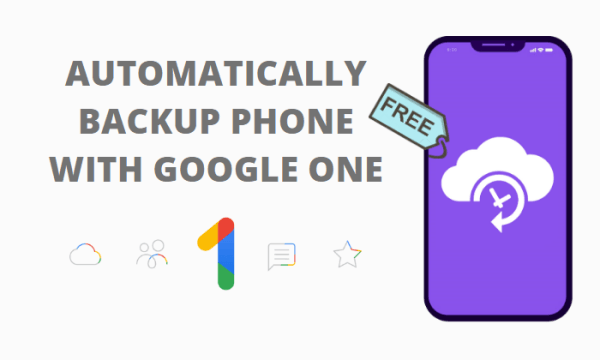 Automatically Backup Your Phone with Google One

Whether you have an Android or iPhone, you can use Google One backup feature to backup your phone to the cloud. The backup includes device data (settings, contacts, etc.), multimedia messages, photos, and videos. To backup your phone, install the latest version of the Google One app on your phone. Make sure the app version is most recent; release on or after July 28th. Android users can get the latest version from APK Mirror as well. 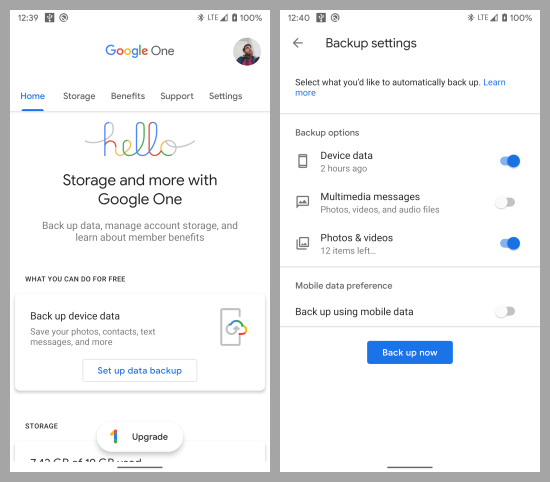 After installing the latest version of the Google One app, log in with your Google account. When you do that, the app shows your current plan and let you in. You can access all the features in the app and switch through the different sections. In the Home section, you get the “Back up device data” where you can set up data backup. Tap on that option and it brings backup settings where you can select what to backup. Here, you can also set your preferences to back up using mobile data. After selecting the backup options, tap the “Back up now” button to initiate the backup. 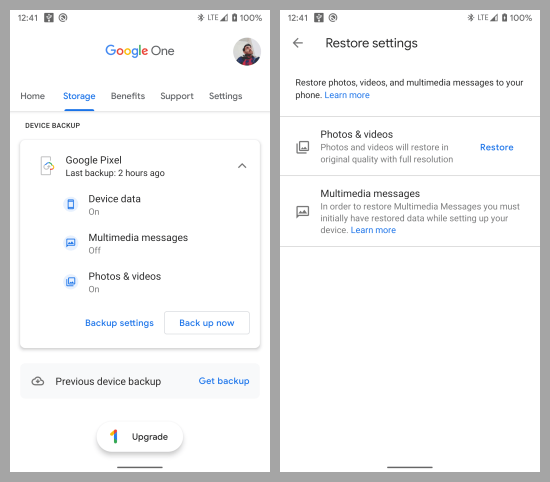 After creating a backup, you can access the same from the Storage section in the Google One app. You can check when the last backup is made there along with options to customize the backup settings. You can also access the previous device backup and restore it back on your device.

This is how everyone can automatically backup their phone with Google One for free. The backup is saved on your Google Drive and the storage space is counted agents your free 15 GB storage quota. You can not access the backup directly on Drive, you have to use the Google One app for backup and restore. With everything moving to the cloud, this makes it easy to have your backup in the clouds too. You are no longer bound to a PC or a physical storage device eliminating the potential risks of data loss.