QuickClick for Android is a free app for Android devices which allows you to trigger actions on the device by clicking the volume keys in sequence. These actions include the ability to take a video or photo, record audio, launch apps, make a call etc. The app is very easy to configure and lets you trigger actions of your choice with ease. In this way one can trigger commonly used things  quickly without the need of interacting with the interface of Android. Simply press a sequence like volume up, up, down and take a picture or make a call. 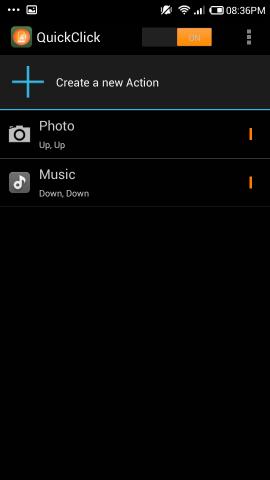 You can get the app from the link or QR code provided at the very end of this article. Once you have installed QuickClick for Android on your device, simply launch it and you will have the interface as seen below in front of you. 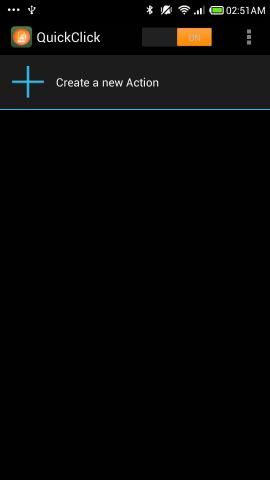 Simply tap on the ‘Create a new action’ to start using the app. This will bring up all the things which can be triggered by QuickClick for Android as seen here. As an example we are going to launch an app. Tap on the ‘App’ button from the options and then select app form the three provided option. 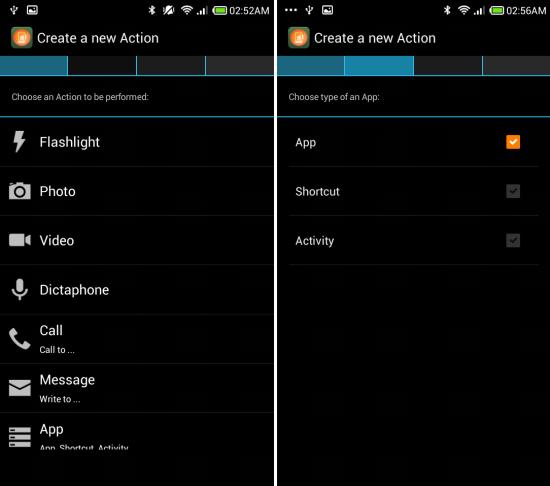 Now the whole list of apps on the device will be shown to you as seen here. Select the app which you want to launch and then tap on the ‘Ready’ button in the next app screen.

After this you will need to enter the volume button click sequence. Simply tap on the plus and minus buttons to create a sequence which will trigger the action. Below you can see that I have selected two minus buttons in sequence which means pressing the volume down button two times will launch this app. Tap on the ‘Ready’ button and then choose the notification settings. Now you have successfully created an action trigger which launches an app when you press volume down button two times. Don’t worry about the volume as after the action is triggered, the volume levels are restored to the original state. 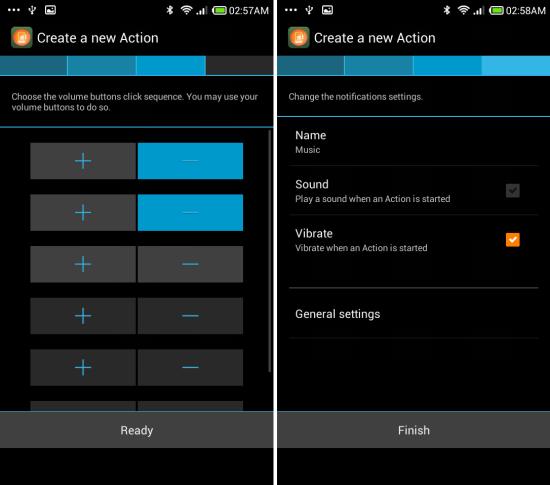 Also try out Shake for Android which allows you to launch apps by shaking phone.

Get QuickClick for Android here or scan the QR code below. 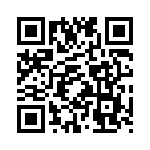