By Arun Bundela on May 7, 2014 Android
Editor Ratings:
User Ratings: 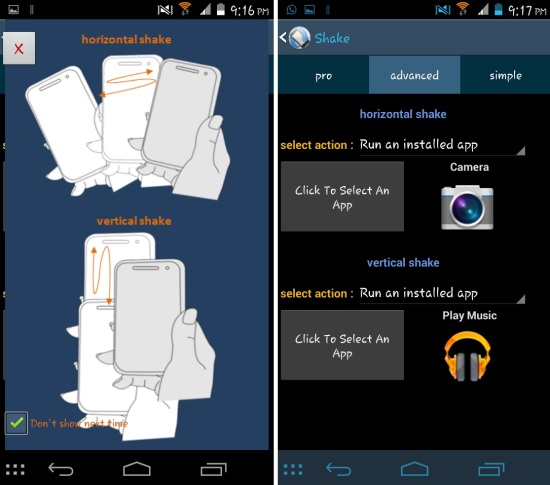 You can get Shake for Android from the link or QR code at the end of this review. Launch the app after installation and you will have the dialog box as seen here, just tap on the confirm button to continue. Now from here, open up ‘Action when shaken’ section as highlighted below. 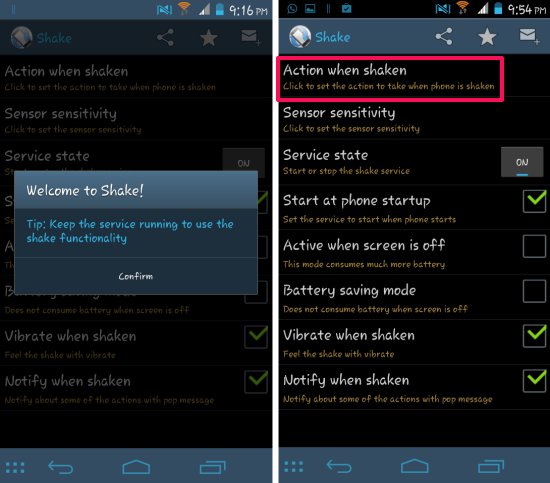 Now the app will show you how you are supposed to shake your device in order to launch apps or actions. By default you are provided with two kinds of shaking gestures as seen here, this includes horizontal shake and vertical shake. If you like you can tap on the simple tab for one gesture and pro tab for three gestures. 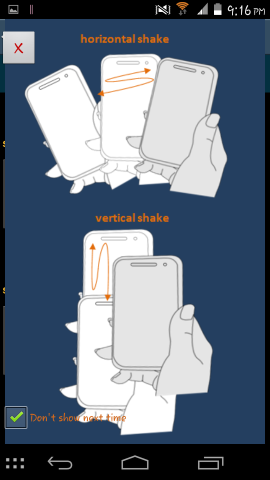 To add apps to a type of shake, simply tap on the ‘Click to select an app’ button as pointed below. Then the Shake for Android will present you with the list of apps on your device. 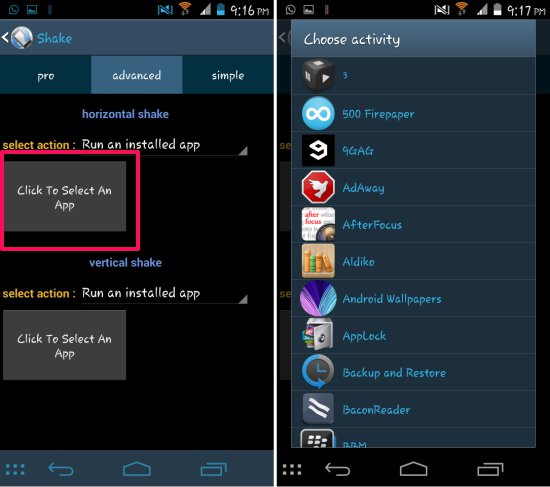 Simply select the one which you want to associate with this gesture. Also, if you want, you can assign actions or task from the drop down menu as seen here. Now you can simply shake your device to launch apps or actions. 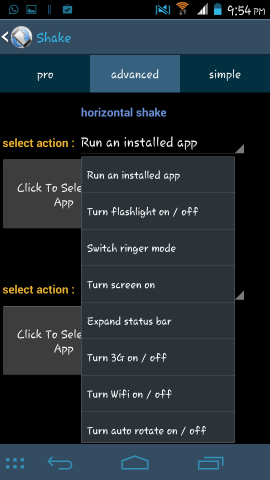 Settings of Shake for Android:

On the main interface of the app, you can access all the settings of the app. Tap on the sensor sensitivity to calibrate the sensitivity of the shakes so that the apps are not launched just by common movement of the hands, you can adjust the sensitivity by using the sliders as seen below. Another nice feature is Shake for Android is that you can launch apps or commit actions even when the screen is turned off. To do this, simply turn on the ‘Active when screen is off’ option, but keep in mind that this feature will consume more battery. Also, other options like start at boot, battery saving, vibrate on shake, notify when shaken etc can be access from here. 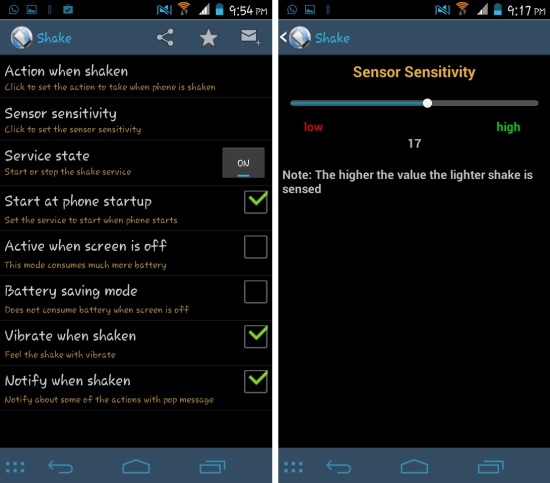 Shake for Android is a nice app for launching apps and actions by shaking for phone. You can launch the most commonly used app. This app is convenient and cool; others will be surprised when you launch apps with a simple shake.

Also check out Sensor music player which allows you to control music with hand gestures.

Get Shake for Android from here or Scan the QR code below. 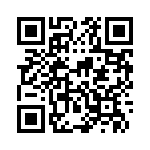