FastString is an excellent and simple to use extension for Google Chrome that makes string encoding and decoding easy. You may have heard about other online string encoding applications. However you might require a tool that even works offline.

FastString does not require an internet connection to work and supports a wide range of string encoding algorithms. It supports MD5, Base64, SHA, rot13, can encode and decode morse codes and lot more.

Whether you’re a web developer or someone who is interested in tweaking strings, FastString can be a good tool for you.

I found this string encoding extension to be really useful specially when you have to carry out advanced string operations like calculating the MD5 hash, SHA, or maybe something simple as reversing a string.

Yes, I do like the interface too. It has menus with options organized according to their category to let you easily have access to the operation you want to perform.

What if you’re a less advanced user? That doesn’t stop you from using this string encoding tool. You might need to use this tool when you quickly want to capitalize a piece of text or wanna know the length of the string. I often use this tool to capitalize the first letter of each word. You might have seen this type of formatting before, look at this articles title! 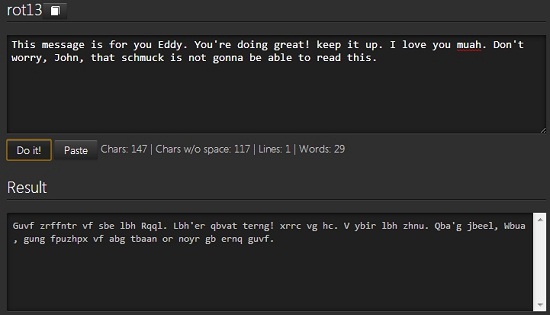 The ROT13 algorithm is something that is available in this string encoding extension that lets you change the text you enter. It simply replaces the letters in the string with the corresponding thirteenth letter in the alphabet. This is not secure at all and easily recognizable (of course you gotta know about the math to do that). However, this is classic and a simple obfuscation algorithm that you can use to form puzzles or use it to put a comment on a website that you want to hide from those who’re ignorant about this (go ahead, put a comment on our website).

Oh, how can I forgot to mention about those Morse codes that is long forgotten (only saw them on movies). Those combinations of dots and dashes always seemed interesting to me.

For those advanced users, you got almost everything from hash algorithms, encoders (URL encoders, base64 etc.), ASCII to HEX converters and what not.

We were talking about string encoding stuff, so you might wanna try out this cool software that lets you calculate hashes to verify file integrity.

I liked FastString Chrome Extension for what it does. It has a simple interface and keeps it simple and easy to use for user who’re not that advanced. While keeping those geeks in mind and to make it useful for them, you can have access to most commonly used hashing and encoding algorithms.

Try it out because it’s cool and makes some of the commonly used string operations easy.