Miner Block is a free Windows 10 treasure puzzle game app where you are the miner and you have to find a way out of a gold mine with your cart which has gold filled in it. You have to solve the puzzle by moving blocks of stones away from the cart track. This will help you in moving the cart out of the mine.

The Windows 10 treasure puzzle game app can be downloaded from the Windows 10 store or from the link given at the end of this article. When you start the app you will see an interface like the one shown in the screenshot below. You will also notice that the app is ad supported and there is a ad always on the window towards the right side. 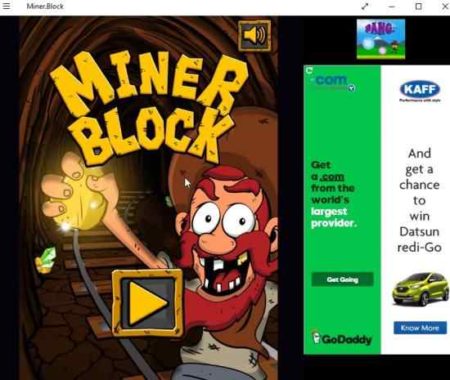 The game can be played in full screen or snapped mode, either way it works well. The volume icon on the top can be used to turn the sound of the game on or off. Click the play button given at the center of the screen, this will take you to the level selection screen, as can be seen in the screenshot below. 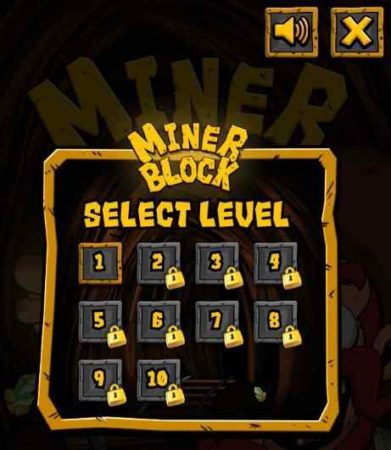 Start with level one and make your way through. Other levels will be unlocked when you complete the previous one. There are total 10 levels to play in the game. Click on level one to start the game, as shown in the screenshot below. 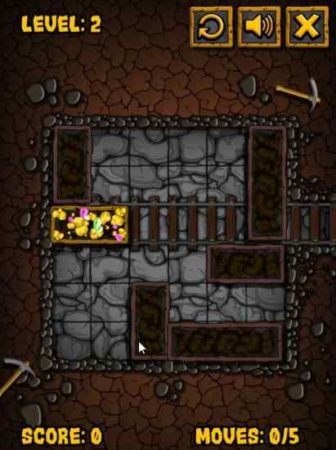 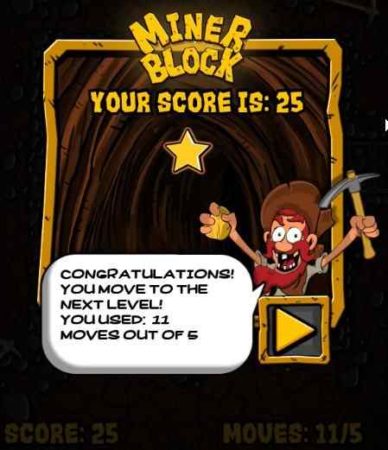 The level up screen above will show stars and score according to the number of moves it took you to solve a level. The next button will take you to the next level of the game.

Miner Block is a fun game app where you have to find a way out of the mine with cart full of gold. The challenge is to complete each level with exactly the same number of moves as given. That is where you have to put your mind to work and figure out a way to do that. The down side, there are only 10 levels to play after that you can replay the same levels again, but it gets boring after you figure out how to cross a level within the given limit of moves. So it would have been great if there were more levels to play.