Fun with Dots is a free Windows 10 join the dots game for kids where they get to learn facts about animals and birds. Not only joining the dots reveals a beautiful picture of an animal or bird, but you can also hear how they sound and get to learn interesting facts about them.

The Windows 10 join the dots app can be downloaded from the Windows 10 store or from the link given at the end of this article. When you start the app you will notice that the app works better with full screen mode. But snapped mode can be tried as well. 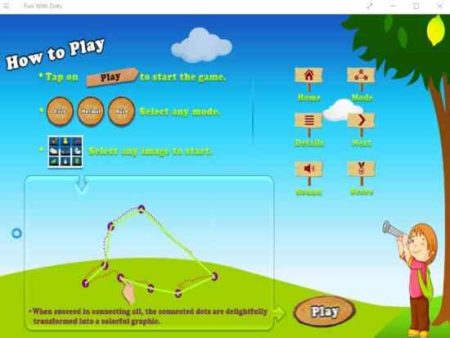 The home page of the app gives you a small brief on how to play the game. Once you are clear with that just click the play button to start playing. Firstly you will be asked to select a difficulty level, as shown in the below screenshot. 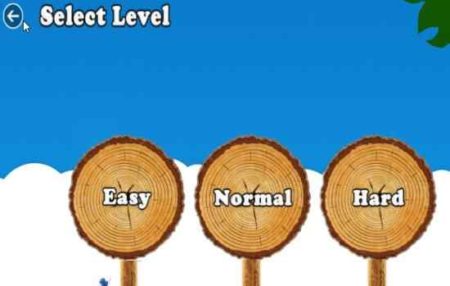 After selecting a level, you will be given images of animals laid out in tile format. Now you can pick out any animal from the list to start your game. The animal list can be seen in the screenshot below. 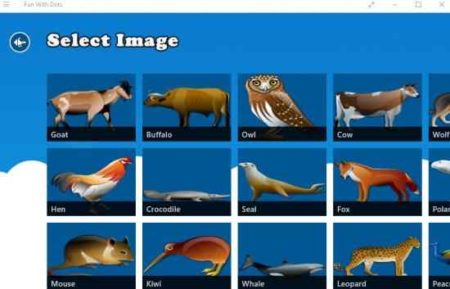 After picking out an animal, you will be taken to the screen with dots on it, as shown in the screenshot below. 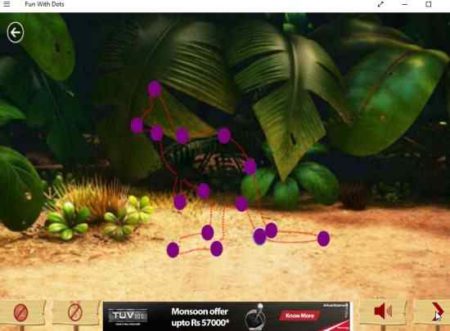 In the easy levels all the dots will be marked with alphabets so you would know which ones to join. In hard level there is no numbers or alphabets on dots, just the starting point is marked and rest you have to join yourself. 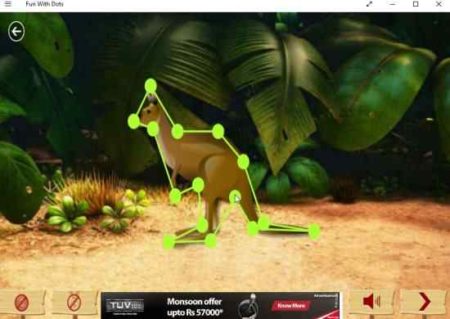 The above screenshot shows all the joined dots, and the picture of the animal appears as well. 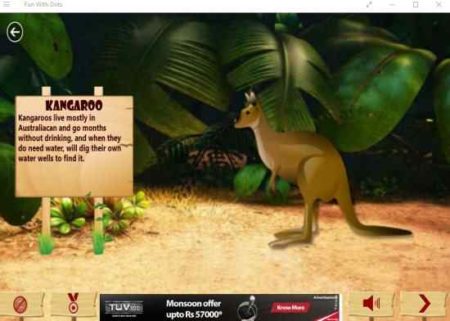 Now you will be able to hear how the animal sounds and a few facts about the animal will be displayed on one side. You can listen to the animal sound again by clicking on the animal picture. The arrow button will take you to the next animal to join the dots. The button with the medal on it will show you your score for this level.

Features of this Windows 10 join the dots game app:

Fun with dots is a nice game app for kids where they can learn sounds as well as facts about animals and birds. Joining the dots with the alphabets being read out loud will help them learn alphabets as well.

Check out Fun with Dots for Windows 10 here.