VGM files are game music files which are extremely lightweight. We have covered some VGM players a few days ago and this post I will list some free software to convert them to MP3. There are many advantages of converting the VGM files to MP3 that you can then will be able to play it in any music player on this planet. You can rip music to CDs, serve as a stream, and do whatever you want. And to do that on Windows PC, I have added 3 different software in the post below. 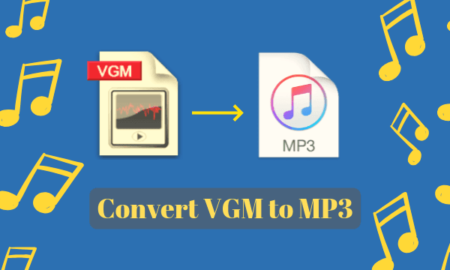 Foobar2000 is one of the best music players that supports VGM files with the help of people. But apart from just playing and organizing VGM files, you can do much more. A very handful of people know that Foobar2000 comes with audio converter module as well. Although, it relies on Lame which is a command-line encoder to convert music but works most of the time. If you have Lame executable on your PC then you can easily convert that. In just a couple of clicks, you can convert any VGM file to MP3 using Foobar2000 and even specify some optional parameters such as bitrate.

So, after you have installed the VGM plugin for Foobar2000 the play some file in it. You can read the VGM players articles that we have covered to see how to install that. Play any VGM file in Foobar2000 and then right-click on it to find the Convert option. But before beginning with the conversion, you will have to download Lame from here. 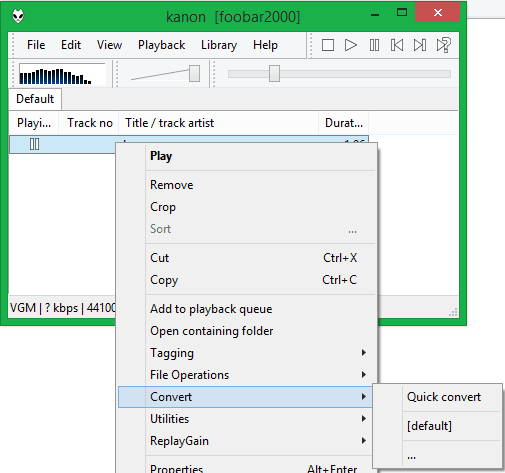 Now, again get back to Foobar and then use the Convert option but choose “Quick Convert” option. Next, choose the MP3 format from the list and hit “Convert” button. After that, you need to specify the location where you want to save the final MP3 file and you will also have to specify the Lame EXE file in order to start the conversion. 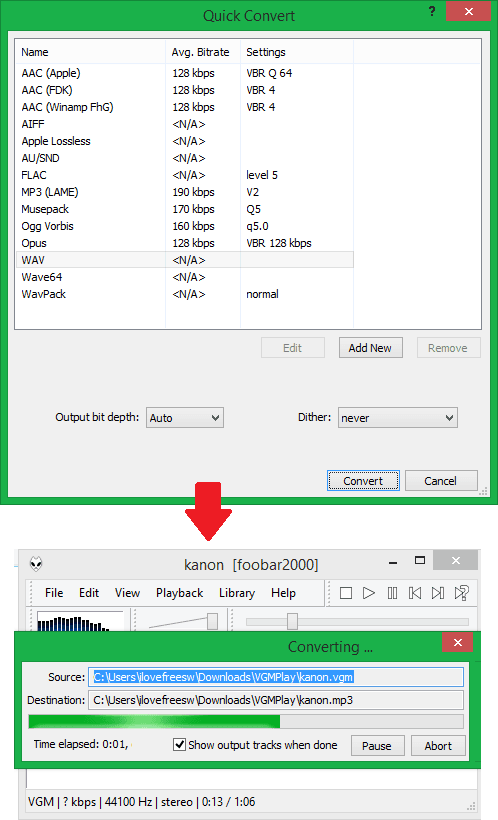 When the conversion process has finished, you can find the MP3 file in the destination folder. After that, you can just use the MP3 file and play it using any music player you want.

Follow the steps below to convert VGM to MP3 in Windows in an easy way.

Step 1: After downloading VGMPlay, extract it and then open the “VGMPay.ini” file. You have to edit the “LogSound” value in this from 0 to 1. 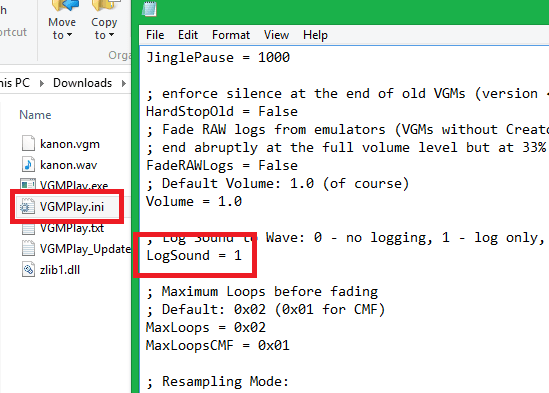 Step 2: Now, run the “VGMPlay.exe” application and then drop the input VGM file on it that you want to convert. It will start converting git and will save a WAV file in the current directory. Later we will use this WAV file to get the final MP3 file and then do whatever you want.

Step 3: Now, this is the last step where will use the Lame to finally convert the WAV file to MP3. A WAV file is supported in almost all media players so if you want to stop here then you are free to do so. But since here we are talking about VGM to MP3 conversion, so open command window in the folder where you have saved the “Lame.exe” file and then paste the WAV file in the same folder. Run the following command and you will get a final MP3 file in the same folder. 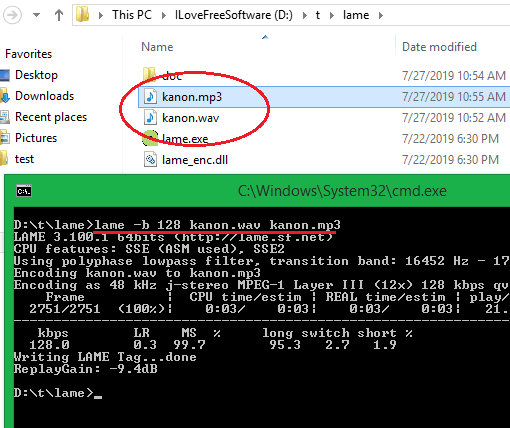 In this way, you can use VGMPlay to convert any VGM file to MP3. This is not a direct or a very clean method to do that but something is better than nothing. 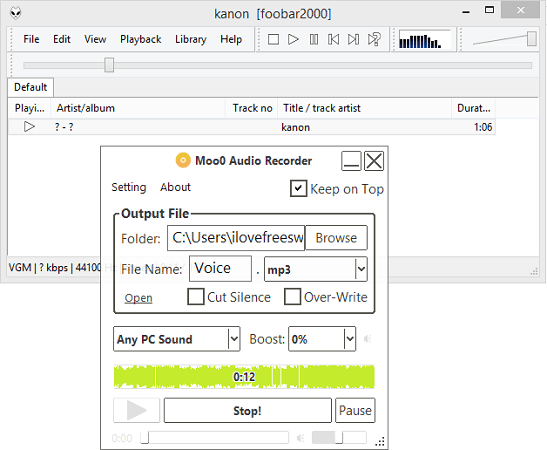 Moo0 Audio Recorder as the name suggests is an audio recorder software that can record PC sound as well. With this, you can not only record audio from the mic but audio coming out from the speakers programmatically. And using this you can do a workaround to get MP3 out of a VGM file. Basically, with this, you can play VGM file in any VGM player and record the playing audio to save that as MP3. And in Windows, you can easily do that with the help of any PC recorder software but I am using Moo0 Voice Recorder.

So, what you have to do is just play a VGM file, say in Foobar2000. Also, get the Moo0 Voice Recorder from above and then simply open it up. Set the output path in the tool and give it a start. Also, in the software, you have to set the recording mode to “Record PC Audio”.

These are the only free software I could find that you can use to convert any given VGM file to MP3 and then simply do whatever you want. One of the methods produces a WAV file in the middle and you can use that too in place of an MP3 file if you want. So, if you are looking for some free tools to convert VGM to MP3 then you are at the right place, just pick any software above. Personally, I will recommend you to go with Foobar2000.