This article covers a free Screenshot Manager Android app by Mozilla that lets you search screenshot by text. Screenshots come handy in various different scenarios. For example, instead of writing down information from the phone screen, you can simply take a screenshot and save all the information quickly. In Android, you can take a screenshot simply by holding power and volume down buttons for a second. The screenshot is then saved in the device storage and appears in the gallery along with other media.

ScreenshotGo is a free Android app by Mozilla with a sole purpose of screenshot organization. This app fetches all the screenshot saved on your phone and lists them without including any other media file. This gives you all your screenshot at one place where you can organize them in separate collections. The app also has a search feature which you can use to search screenshot by text and also extract text from the screenshot. So, let’s check it out.

Screenshot Manager by Mozilla to Search Screenshot by Text on Android

ScreenshotGo is a unique app designed to organized all the screenshot at one place. When you launch this app for the first time, it automatically fetches all the screenshots available on your phone and sorts them in a screenshot-only collection gallery. 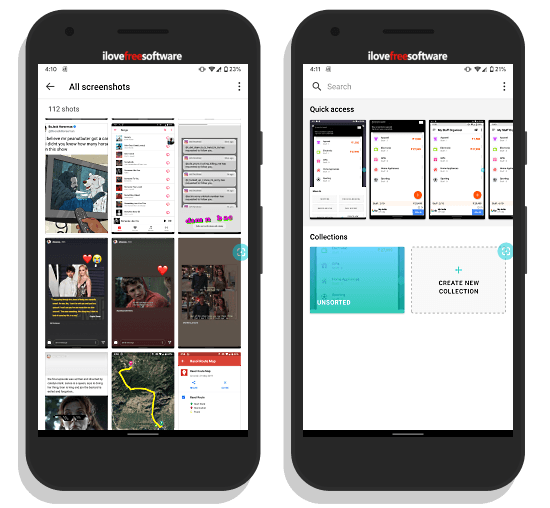 By default, this app lists all your screenshots under one roof. From there, you can perform individual and bulk action on screenshots. You can create collections and move relevant screenshots to the respective collection to further organize them for ease. 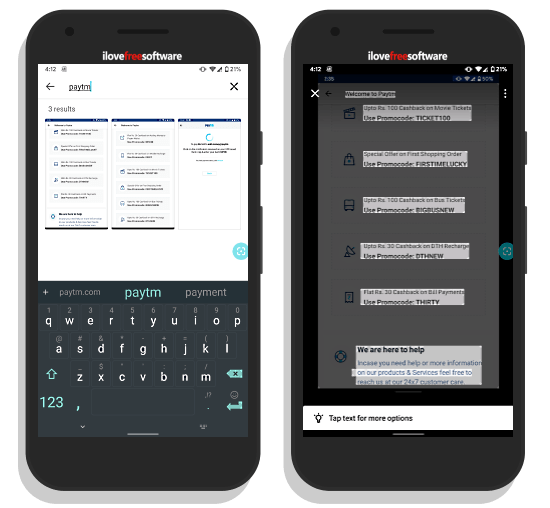 One of the main highlights of this app is the ability to find screenshots by text. This app index the text from screenshots to make them easy to find. With the search option available in the app, you can type a text and get all screenshot with that same text in them. Furthermore, you can tap-open a screenshot and extract the text from it. Then, you can either copy the text to the clipboard or take further actions like share, open links, and more.

ScreenshotGo is a handy app that lets you organize all your screenshots in collections and helps you easily find the screenshots. This is an app that no one asked for but everybody needs. Give it a try and lay your thoughts in the comment sections.