Now you can explore starts using Google Earth on Android. Recently Google Maps added a new Hyperspace feature that allows you to explore the Solar System in Google Maps. Google Earth for mobile also got an update with several new features to make the overall exploring experience more innovative and informative.

The recent update of Google Earth on mobile now offers a space out feature that allows you to zoom out the Earth and explore the space around it. You can move the space around to view the stars, nebula’s, galaxies, and other celestial objects. It also has some new perks on the ground as well. You can enable animated clouds and gridlines to get information about geography. Let’s check it out.

To explore stars using Google Earth on Android, install or update the app to the latest version from the Play Store. When you launch the app after installation or update, it presents you with a little tour of the main feature of the app and then opens at Earth in the center. Previously, you can move the Earth around and zoom-in to view places all over the world. 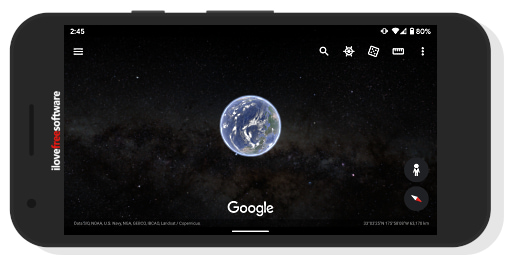 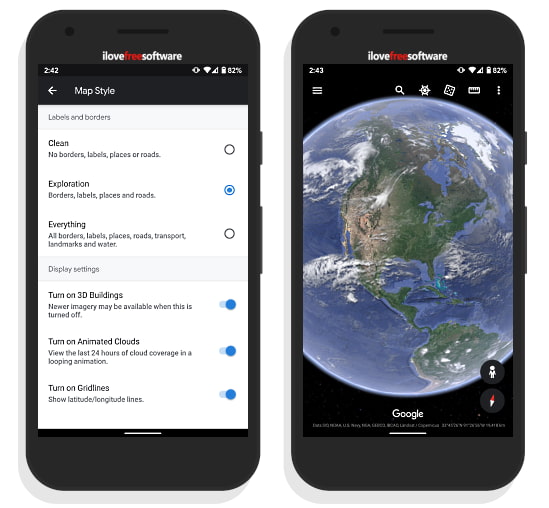 Apart from the space, there are two new display features in the app that enhance the exploration experience on the ground as well. These two features are:

Both these features are under the Map Style in the hamburger menu. You can enable/disable these anytime from there.

The new space out feature in Google Earth on mobile is a nice addition to an already good app. Along with every part of the Earth, you can now explore the space around us as well. The animated clouds and gridlines are also nice features that make the overall exploring experience of the app more detailed and informative.