The Solar System map lists the celestial bodies present in our solar system including Earth. When you pick an item from the list, it takes you to that planet or moon and shows the available map of that. The new Hyperspace feature adds a new animation when you switch between the celestial bodies. As the name suggests, the animation shows the popular sci-fi superluminal method of travel, hyperspace which looks similar to what we have seen in Star Wars. 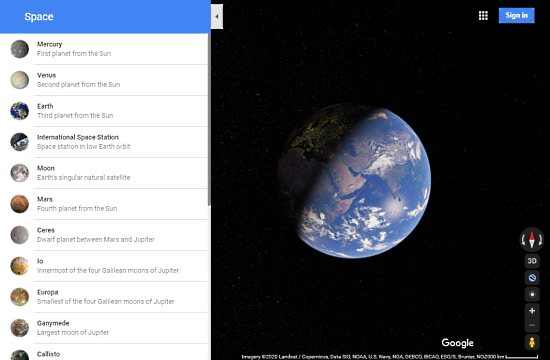 When you click the ‘Hyperspace’ option, it takes a second and switches the maps to Space. It virtually takes you out of the Earth’s atmosphere into space and lists all the available celestial bodies on the left side. 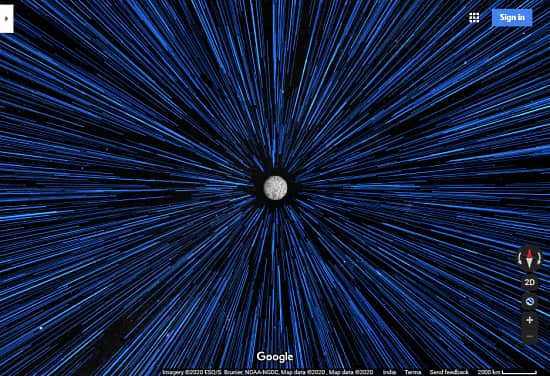 When you select to visit a celestial body from the list, instead of directly showing you the object, it plays an animation like you are traveling through hyperspace at the speed of light. Within a second, the selected objects appear in the middle and animation ends. Now, you have reached the object and you can virtual explore it.

This new ‘Hyperspace’ feature of Google Maps quite interesting and fun to check out. It doesn’t add any informative or new data to the current solar system map of Google Maps. But if the sci-fi terms make you existed and you are curious about the space, you should definitely check out this new feature.