Signal Desktop lets you chat and send media files (images, audio files, etc.) securely with your contacts. It works by linking its app installed in your Android phone. iOS support will soon come in future.

Once the devices are connected, it syncs messages on both devices. Thus, when you chat on PC, messages are visible in your Android phone and vice-versa. 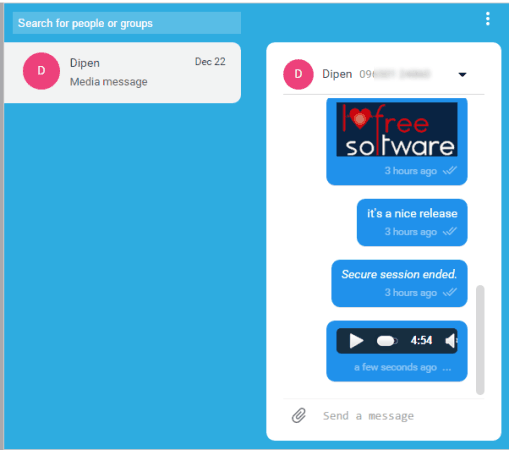 Above you can see the interface of Signal desktop and my conversation with a contact.

The beta version of Signal Desktop works fine but has basic features only. You can send attachments, reset the session, and delete the messages. You can’t create groups or make an audio call which is possible with its Android app. However, we should also keep this in mind that it is the very first beta release. You can expect improvements and more features in future.

How To Use Signal Desktop Chrome App?

Signal Desktop is not released for public and it is in early beta phase currently. You need to sign up with your email address to join the waiting list and wait for the invitation. When you will get the invitation, you will be able to install this Chrome app. After this, follow these steps:

Step 1: Launch Signal Desktop and scan the barcode visible to you using your Signal Private Messenger app. This is similar like you do to connect to WhatsApp web. 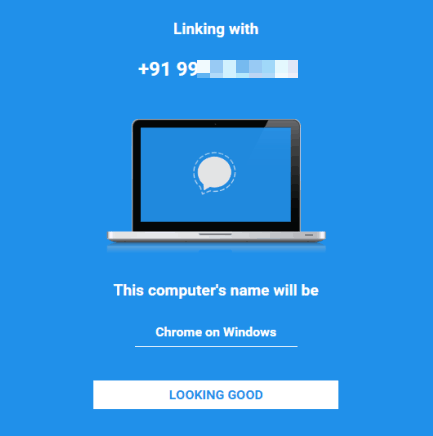 Step 2: When you have connected the devices, it will show you a welcome message on its interface and list of contacts at the left side. Now you can select any contact to start the chat (if he/she has also installed Signal Android app). 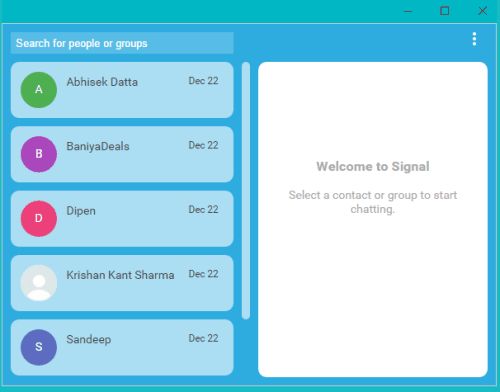 You will be able to send images, text messages, audio files, etc. The messages remain encrypted during the transfer process and are decrypted automatically on the receivers end. The conversation remains totally private between you and your friend. 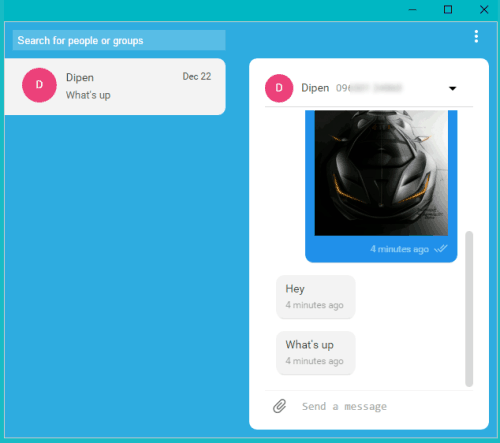 You must want to have all the features in Signal Desktop which are available in its Android and iOS apps, but it will take some time. However, one thing is sure that you can enjoy secured chat on the desktop with the help of Signal Desktop app like you enjoy on your smartphones using Signal Private Messenger.