Sudoku: Classic is a free Windows 10 Sudoku puzzle game app with all the classic features that Sudoku games are so popular for. The app offers you 5 difficulty modes with easy to use interface. You also get a tutorial at the beginning of the app for users who are new to this game.

The Windows 10 Sudoku puzzle game app can be downloaded from the Windows 10 store or from the link given at the end of this article. When you start this app, the first screen of the app will have a pop up window asking if you want to go through a tutorial. You can click no if you are a regular player and yes if you are a beginner. If you click yes you will be shown a short tutorial on how to play the game. The screenshot given below shows a page from the tutorial. 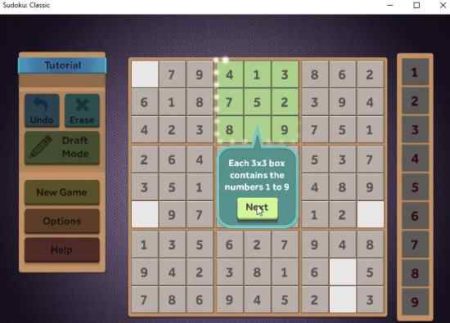 After the tutorial is over you are shown the difficulty selection screen, as shown in the screenshot below. 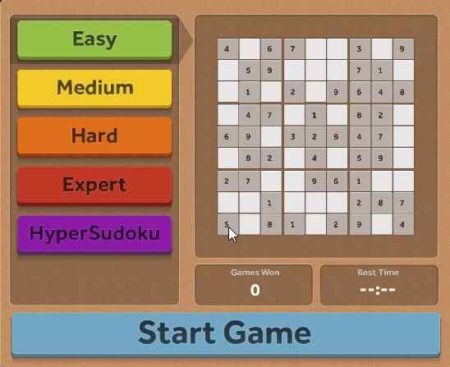 You can choose from 5 difficulty modes: easy, medium, hard, expert, and HyperSudoku. If you are a beginner you can start with the easy mode, otherwise you can choose a level according to your expertise. Then click the start game button, to start. Before the game starts there is a video ad which plays on the screen, which I find quite irritating because it happens before every game. 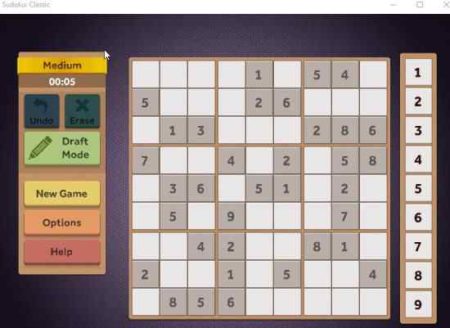 Then there are button for undo and erase which are self explanatory. Draft mode lets you fill in multiple numbers in a cell, so you can keep track of your choices. New game button will start a new game. The options button will bring up the settings screen, as shown in the screenshot below. 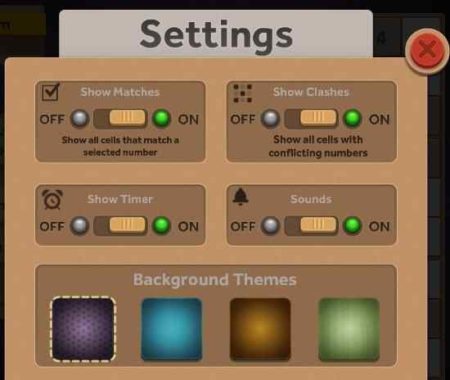 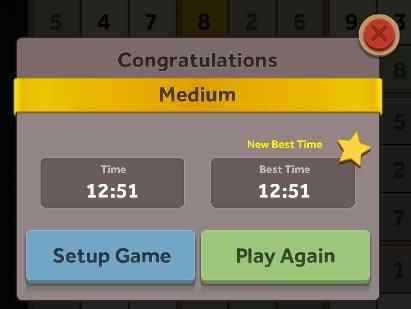 The game completion screen looks like the screenshot above. It shows you the total time you took to complete the puzzle versus your best time so far.

Sudoku: Classic is a game with all the classic features a Sudoku game should have. The interface is easy to understand and the background themes can make the game look really nice. All the Sudoku lovers will definitely enjoy this game a lot.