JetFish Run is a Windows 10 endless running game app where Mike the JetFish has to run and avoid hitting jellyfish on the way. Help mike in his mission to avoid jellyfish and other sea dragons and keep on going. The controls of the game are simple all you need to do is touch the fish to go up and release to come back down. If you are using a keyboard then just press the space bar for the fish to go up and leave for it to come down. Well shouldn’t we call this endless swimming game as it involves swimming and not running.

The Windows 10 endless running game app can be downloaded from the Windows 10 store or from the link given at the end of this article. When you start the app you will see an interface as shown in the screenshot below. 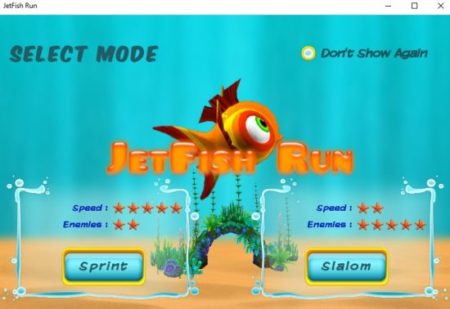 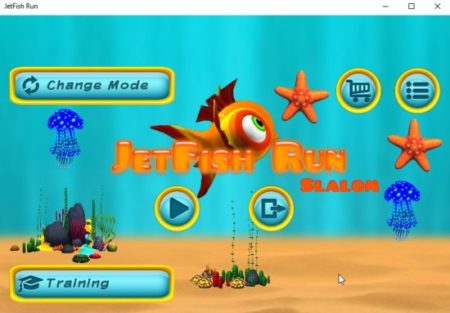 After you are done with the practice you can go for either of the modes to play. In the sprint mode there are less jellyfish and in slalom mode there are more jellyfish on the game board. You can change the mode of the game from top of the screen, where there is a button which says change mode. 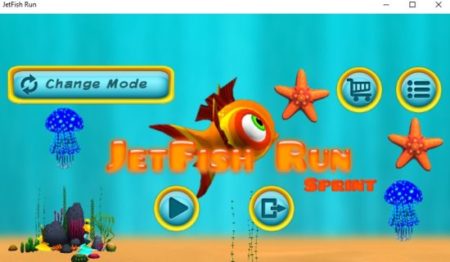 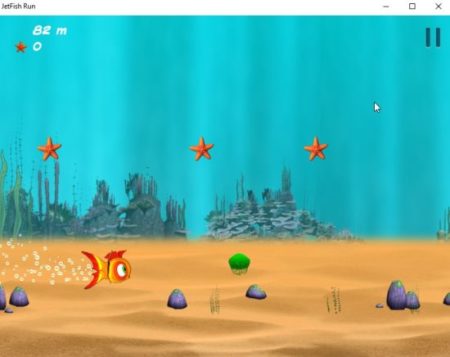 The jet fish will start running as soon as the game starts. You just have to make sure to make the fish jump when there is a jelly fish around. The jelly fishes are mostly in green color. Also remember to keep collecting the starfishes on the way. Keep going and try to cover the maximum possible distance.

JetFish Run is a fun game app to play. Just help the fish keep running and avoid hitting jellyfish. Collect starfish and bonus seahorses to get power ups. The endless running game is quite addictive and you would want to run further and further. The app graphics are also pretty good. You can try out the practice mode first to get used to controlling the fish and then you can start playing the actual game.