Small Tweet is a web app by which you can shorten tweet and send it directly to Twitter. It is quite useful as you can optimize your tweets so that all your thoughts are more or less collaborated in one tweet. Twitter only allows 140 characters in each tweet. Therefore many a times it becomes difficult to write everything that’s on your mind on one tweet. Therefore this web app will come handy as you can shorten the tweet. Also another feature available in this app is that there are three types of shrinkers: minimal shrinker, standard shrinker, super shrinker. I will explain further how it works.

Here is how the interface of the web app looks like:

On opening up the app you will see a simple page. It is plain and simple. There are two boxes. You can write or paste your tweet in the first box. Thereafter you can select from the configure shrinker box at the right side of the interface. See the screenshot below for reference: 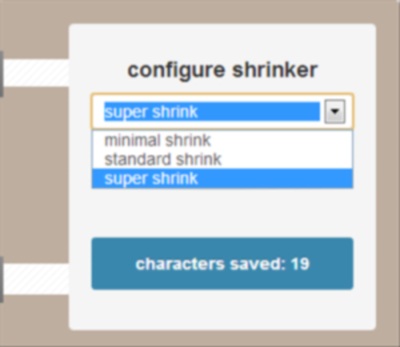 There are three shrinkers that you can choose from:

Minimal Shrinker: This shrinker will shrink your tweet a little. Basically it will shrink it into informal language.

Standard Shrinker: This shrinker will save more characters making your tweet a little more shorter than the minimal shrinker.

Super Shrinker: This shrinker as the name suggests will shrink your tweet to the maximum.

You can use any of these shrinkers as per the need.

Other than this you can add emoticons which are provided in the first box itself. It will make the tweet more lively.

See the screenshot for the emoticon icons:

You can choose from these emoticons to enhance your tweet.

See the screenshot below:

If you do not like to shorten your tweets, then there are ways to write long tweets as well.

Another tweet shortening service we reviewed earlier is Feathr.it.

Small Tweet app solves the word count limit problem of twitter to some extent. If you are an ardent twitter user, you should definitely use this app to save your time and optimize your tweets. I liked using it and I think they should come out with more options for emoticons. Other than that it is perfect!