Let us get to know about some of the best online solar system simulator websites out there. There are many of these tools available, but I have hand picked, what I think are the best of them. With these tools, you can not only carry out Earth orbit simulation, but also planet orbit simulation of other planets in our solar system. One of these also lets you add planets and other celestial objects around a sun with custom size and mass to carry out simulation.

These solar system orbit simulator are treats for people who are interested in space and science. So, let us checkout these 3D solar system simulator websites and find out what they have to offer. This article will help you figure out that very tool you are looking for based on the features they have to offer. You may end up liking multiple simulators, as all of these are pretty interesting tools.

If you want to find out how big is solar system, you can look up to this Interactive Solar System Map. 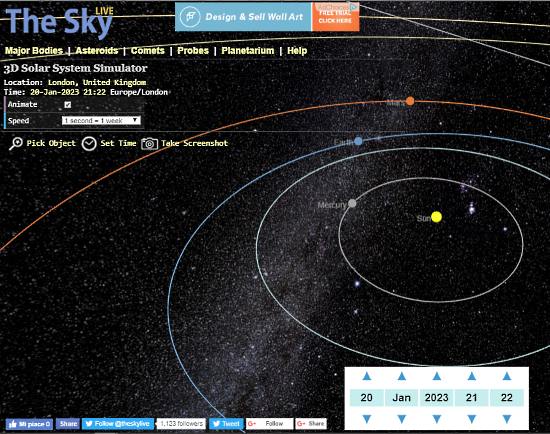 3D Solar System Simulator from The Sky Live is a simple and excellent planets orbit simulator. This is the best option if you want to view positions of planets on a specific date and time. You can also carry out animated planet orbits simulation. For the animation, you can set animation speed as well. The planetary orbit is always visible here.

I pretty much liked this solar system simulation tool as its a good option for people of all age groups. 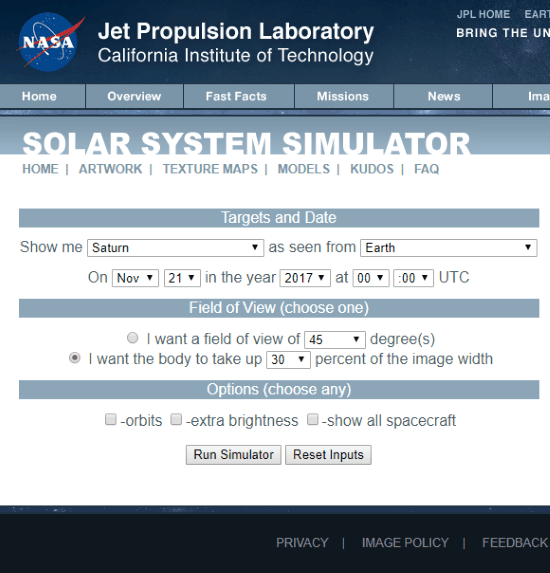 NASA’s Jet Propulsion Laboratory provides a Solar System Simulator which is very basic and simple. Although its not 3D and interactive, but its simplicity attracts many users. What it does is, gives you a view of one celestial object from other celestial object. You can specify date, time, and field of view before running the simulator.

In the Targets and Date section, you can select what to see and from where. You can specify date and time here to simulate the view. The Field of view section lets you select angle and the percent of body to cover image width. You can also select to view orbits, view image in extra brightness, and even show spacecrafts.

Once you have entered all the details, simply run the simulator. 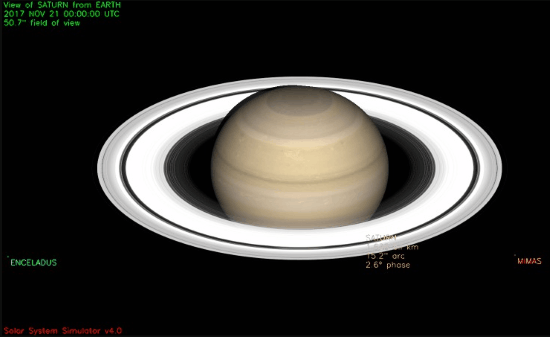 This is something how the simulation looks like. To begin another simulation, you will have to go back to previous page and enter details again. 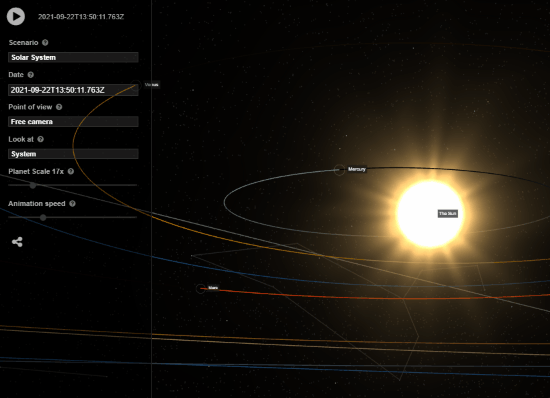 jsOrrery is almost similar to the first tool in this list, except one good feature. 3D Solar System Simulator was focused in one point, that is the Sun, whereas this one lets you focus on any object of your choice. You can set scenario to view Sun, Earth, Moon, Jupiter, etc. You can also set the point of view as Moon, Earth, or Free Camera. Set date and time according to your choice to view positions on planets. Begin animation and change animation according to your choice.

If you want to share a simulation, you can get the URL for the same situations.

jsOrrery has little elements from both the above mentioned solar system simulator websites. 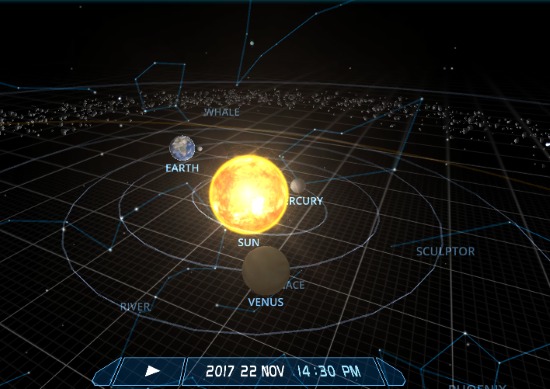 Solar System Scope takes you to a visually pleasing journey of the Solar System as a Solar System Orbit Simulator. Apart from the Solar System, it also displays various constellations that are around us. The center of the simulator is focused on the Sun. You can drag and look around the system along with orbits. You can run animation both in forward and reverse time to view the positions of planets and crossing of comets.

I actually run the simulation back to 1986 and guess what I found? Yes, Halley’s Comet passing by our Earth when it was visible to humans the last time. 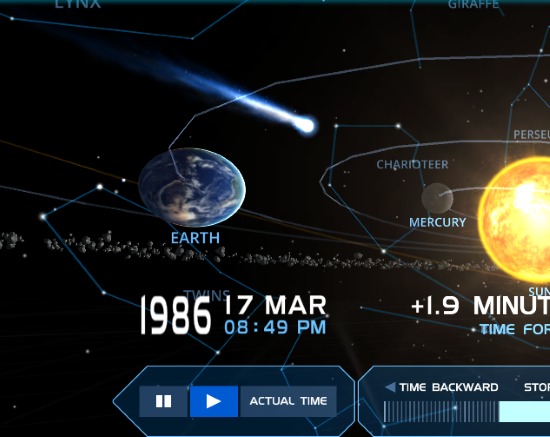 If you want to keep a track on Halley’s Comet, you can check out this Halley’s Comet Tracker. It lets you keep track of the comet in real time, along with its trajectory.

While these online tools are pretty simple and easy to use, they also provide a lot of information about our solar system.