Super Nintendo Entertainment System aka SNES or Super Nintendo is a 16-bit video game console by Nintendo. It was initially launched in Japan and South Korea in 1990. Then, in the following 2-3 years, it was released in the other parts of the world as well. In Japan, it is also known as Super Famicom (SFC). SNES became the best-selling console of the 16-bit era by selling more than 49 millions units worldwide. It was discontinued in 1999 but, if you still want to play SNES titles, you can play them on a PC using SNES emulators.

This article covers 5 free Super Nintendo emulators for Windows which allows you to play 16-bit SNES games on your Windows PC. All these Super Nintendo emulators are portable; no installation is required. Each emulator comes bundled in a ZIP file with a Windows executable file along with other data files. You can simply run the executable file, load a game file and play your favorite SNES games.

These emulators let you configure the input controls and video-audio output settings. These types of features are common among these Super Nintendo emulators.

You can not insert the Super Nintendo game cartridges in a PC, so, you need digital game files for these emulators. The game files you need are known as SNES ROMs with .smc file extension. You can find those SNES ROMs here. 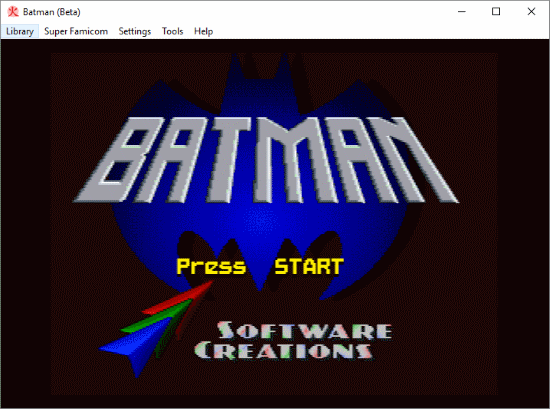 Higan is a multi-system emulator that supports many 8-bit and 16-bit retro game consoles and handhelds. You can import all your game ROMs at once and they will be saved in your Super Famicom library. Then, you can easily run any game without the need of loading the ROM file each time. When you run a game, it shows you the current frame rate in the status bar at the bottom of the screen. It has 5 slots to save your game state. You can map the controls for both controllers as per your convenience. You can also change the video scale and adjust the other video-audio output settings. This emulator has a built in cheat editor where you can save cheat codes for games. You can also set the hotkeys to easy toggle fullscreen, disable mouse capture and other useful features. This is a good SNES emulator with all the essential features an average user needs. 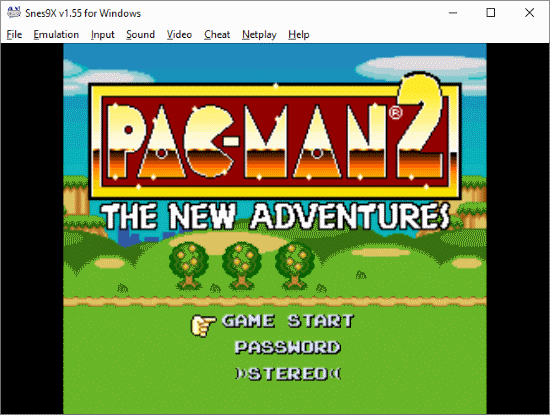 Snes9X is a free Super Nintendo emulator that is only 2 MB in size and yet packed with lots of features. The main highlight of this emulator is its ability to record gameplay. It lets you record a movie of your gameplay which you can save to your computer. You can load multiple cartridges (ROM .smc files) along with the BIOS file and easily switch between those games. You can create or join a server on your local network and play with others. It also lets you send the ROM file to other players on the network.

This emulator has 10 slots to save game state and also lets you export your slot data. This allows you to save your game progress permanently; you can import the saved data file later and continue your game. Another good feature of this emulator is multiple controllers. You can set different types of controllers and customize them accordingly. Then, while playing a game, you can easily switch the controllers from the Input menu from the toolbar. Apart from all that, you can adjust the video & audio options, enable frame rate and create a cheat sheet as well. 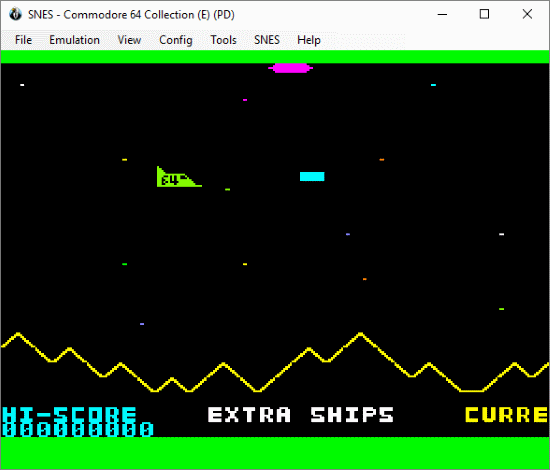 BizHawk is another free Super Nintendo emulator that lets you play retro SNES games on a Windows PC. It packs many advanced features which you can configure as per your convenience. It supports Direct3D, OpenGL, and GDI+ graphics libraries for video and Direct Sound and OpenAL audio libraries for audio. You can also control the emulator speed to run the emulation faster or slower.

Another good feature of this emulator is “Autofire”. With this feature, you can create a script for autofire in the respective game. You can also create a controller bot to automate the gameplay. BizHawk also features an advanced cheat editor which lets you convert hex values to cheat codes and vice versa. This emulator offers many more features which are common among all SNES emulators. 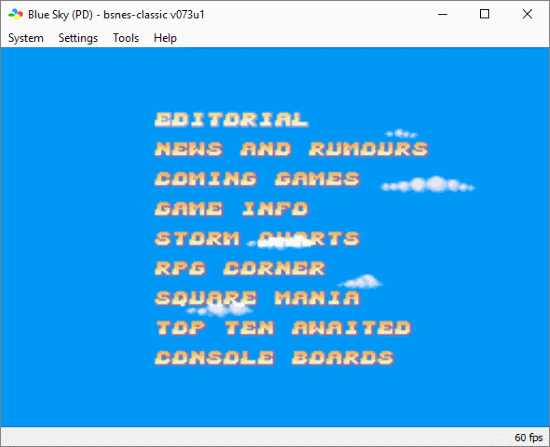 The next free SNES emulator on this list is BSNES. The user interface of this emulator is simple and well sorted. It also has many advanced features like BizHawk. Most of these features are for video output. It supports OpenGL, Direct3D, DirectDraw, GDI and Qt-Raster graphics libraries. You can switch between various video modes which affects the rendering.

Apart from that, it packs all the basic features like video scaling, gameplay movie recording, screenshot and a cheat editor which you can use to find and save cheats codes. In this emulator, you get 10 slots to save your game state. There is also a state manager where you can save up to 32 game states permanently. It’s a pretty good Super Nintendo emulator that’s worth a shot. 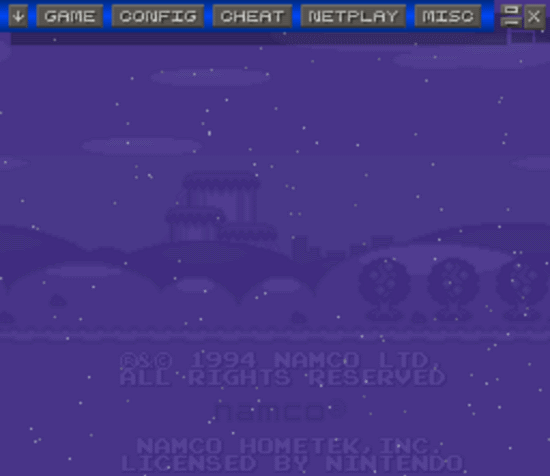 ZSNES is a simple yet powerful Super Nintendo Entertainment System emulator. Unlike other Super Nintendo emulators on this list, it has a graphical user interface which seems little outdated though. This emulator packs all the essential features which are expected from a SNES emulator. As the game starts, it automatically hides all the options and uses the entire window for the gameplay. It has some advanced options for the video and audio output that you can configure in the settings. You can also adjust the emulator speed and record your gameplay. ZSNES also has an advance cheat editor that lets you find the cheat in game’s hex value. All these features make it a really decent SNES emulator.

These are the 5 free Super Nintendo emulators for Windows. All these emulators have lots of common features. You can use any of them for playing SNES games on your Windows PC.