Here is a free Route Generator software for Windows that can save output as a video. This software uses an image of a map from your PC and you can also import it through Google Map URL. It lets you draw a route with the help of points and then it can simulate that plotting of points as a video. This is helpful if you want to embed a route video in another video for some assistance. It uses FFmpeg as a back-end to process video and currently, it can only save the video as AVI file. Also, you can opt to export the video as frames and later you can convert them into a video using other tools.

Route Generator is quite a unique tool that can generate a route plan as video. You just have to specify points on the map and it will automatically plot them in a video form. Not only maps, if you want, you can draw routes on any type of image and save it as a video. You can easily import a map using a Google Maps URL which contains the map viewport data in it. It can clip the map image from that URL and you can draw a route on it.

How to use Route Generator and Save Output as a Video?

Route Generator is a simple and useful tool for its users. While using it, think of it as a paint program. Just draw your route, preview the video and finally export it.

Here are some steps which will help you get started with this free Route Generator software.

Step 1: Run the software and use the File > Open image option to open a map image. And if you don’t have any map image on your PC, then you can import one from Google Maps. Use File > Import from Google Maps and then you can specify the URL in the box that appears. It will show you the map and you can hit the OK button to clip it. 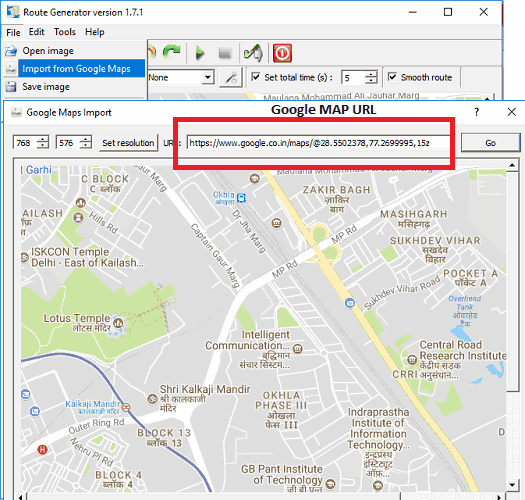 Step 2: After the map has imported, start drawing the route on it. You just have to click to mark points  on the map and it will automatically keep drawing the route for you. And once you are done, you can preview the video using the “Play” button from the toolbar of the software. 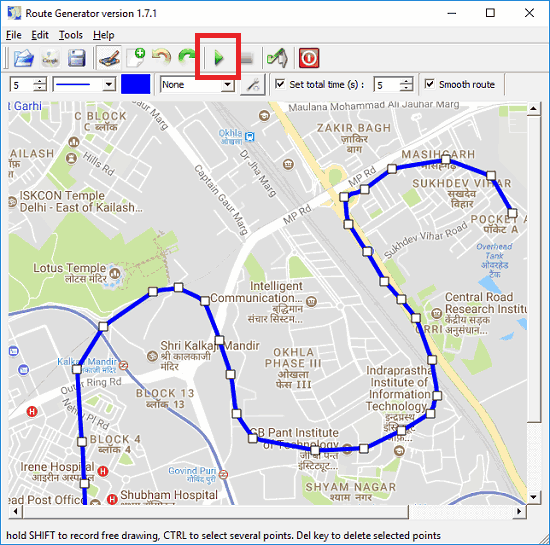 Step 3: Finally, when you are all set, you can generate the route in the form of a video. Use the generate button from the top and it will start processing your video. Also, it will ask you where you want to save the video. So, specify output directory as you wish. 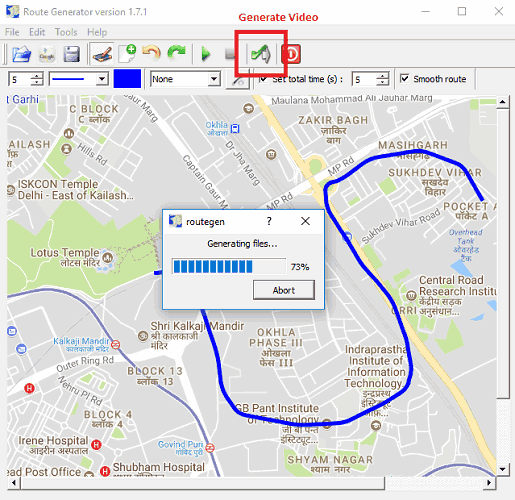 That’s all you have to do to generate a route in video form using the tool that I have mentioned. By default, it will save the final video as an AVI file along with all the frames in a video as BMP file. But you can change that from the preferences of the software. Uncheck the “Delete BMP’s” option and then it will only save the video.

Route Generator is a very nice software that you can use to generate route as video. I really enjoyed the software and I really like the way it generates a smooth animated video of the route. If you often work with routes, then you should give this tool a try.