Type and Run is a Windows 10 typing game app to improve upon your typing skills as well as play a game at the same time. The game show you as a knight who has to escape from a monster running behind him. The only way you can run forward is by typing the letters given on the shields of enemy. Keep typing and running. This will definitely help you improve upon you typing skills as well.

The Windows 10 typing game app can be downloaded from the Windows 10 store or from the link given at the end of this article. When you start this game app you will come across a interface like the one shown in the screenshot below. 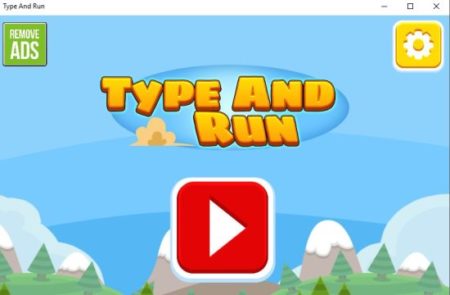 Click the play button to start the game. The game app is ad supported and you will notice ads at the bottom and left side of the screen. Clicking the play button will bring up the level selection screen, as shown in the screenshot below. 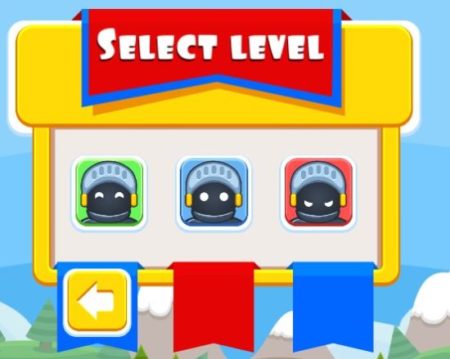 There are three levels to select from based on difficulty level. The first level is the easy one for beginners, the second one is medium or average difficulty, and the third one falls in to the hard category. After selecting a level you will be directed to the game play screen, as shown in the screenshot below. 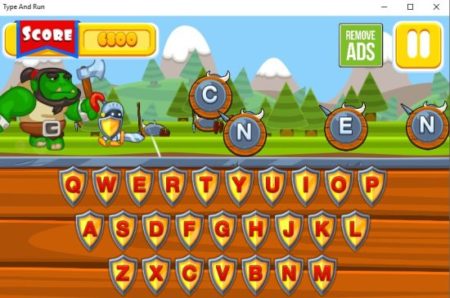 As soon as the game window comes up the knight will start running and you can see the monster behind him. Now you have to quickly type in all the words in the way to clear the path for running. You score will be displayed at the top left of the page. If the knight collides with too many words on his way then its game over for you. 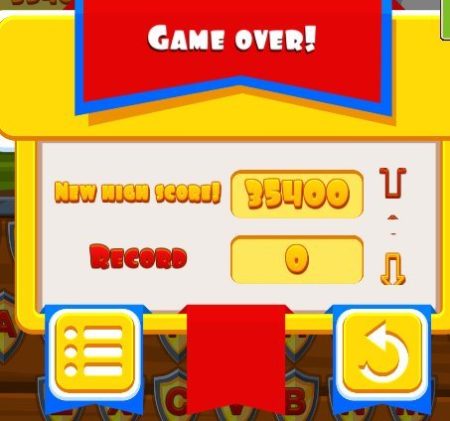 The game over screen is shown in the screenshot above. This will show you your total score so far in the game and the best score record that you have. You can press the replay button to play the game again or select the menu icon to go to the level selection page.

Type and Run is a fun game app which will also help you in improving your typing skills. Just keep typing the letters you see on the path of the knight to keep him running and escape from the monster. The game makes it fun to type in the letters given and you don’t have to follow boring exercise schedules. When you master one difficulty you can move on to the next one.

Check out Type and Run for Windows 10 here.