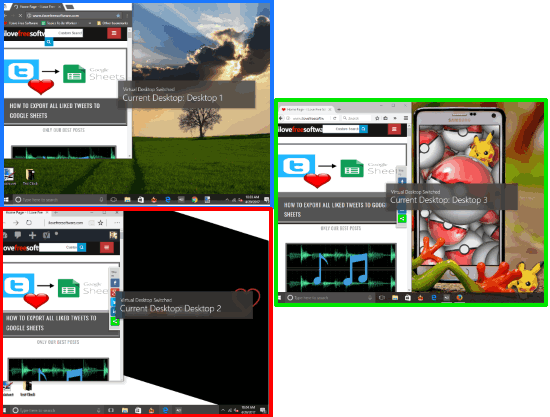 How to automatically change wallpapers of virtual desktops in Windows 10:

Step 1: Install it from the Microsoft Store; the link is provided at the end of this tutorial. Once installed, you can access it from the System Tray and open its Settings window and close it. Right-click on its System Tray icon and select Settings option, as shown in the screenshot below.

Step 2: Now, just enable the “Change the background for each desktop” option and specify the picture folder path. If you everything goes right, you will be able to see the pictures right within the app interface, as shown in the screenshot below. 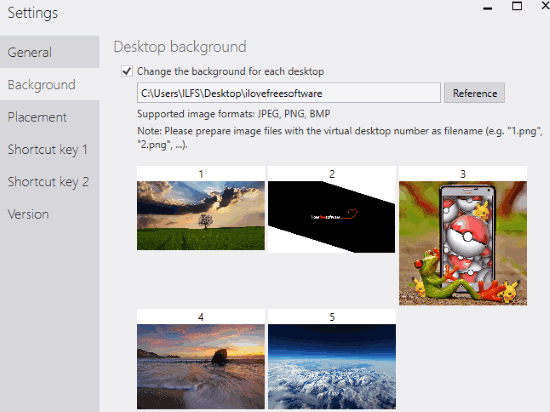 That’s all you have to do to automatically change wallpapers when you switch to virtual desktops in Windows 10. Press the “Control + Windows + Left/Right arrow” to switch between virtual desktops.