Path Intellisense is a free VS Code plugin to auto complete filenames, paths in source code. Here this plugin shows suggestions for file names by scanning the path that you write in the editor. Using the suggestions, you can quickly include that file and do whatever you want. This is a simple and open source plugin that you can install from the marketplace and it will automatically start doing its work. This is really helpful if you work with HTML files more often. This plugin can help you while including external scripts and other files in the HTML source.

This plugin gets activated automatically when you start typing the path. And it offers Intellisense like suggestions for filenames so that you can easily link them. It works in all almost all type of files in VS Code but the best use of this plugin in HTML files. Because in HTML files, you have to link a lot of files such style sheets, external scripts, and some others things. You just use this plugin and add paths more efficiently in HTML and other source code files. And in the coming updates, I hope it will get better. 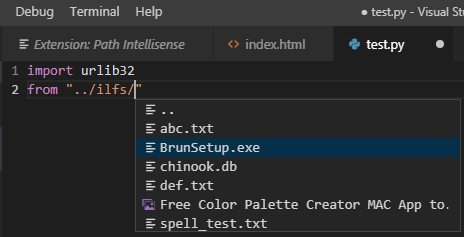 How to Auto Complete Filenames, Paths in VS Code?

Paths Intellisense is an open source plugin for VS Code. You can either install it using its source or you can install it using marketplace included in the VS Code. Just enter its name and it will appear there. After that, you simply hit the install button ad when the plugin has installed, you are ready to use it. 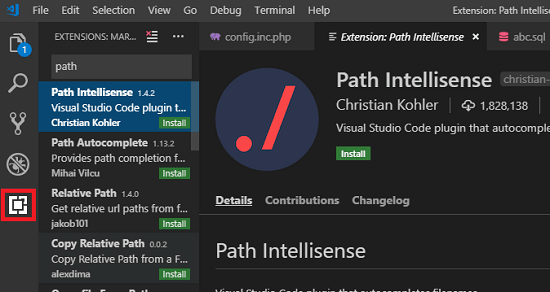 Now, open any HTML file in VS Code and then simply use the link or script tag and try to add a script. As you will start typing the path for the script, it will showing the suggestions, If you see the name of the file that you want to add then simply select and it will add that. You can see following screenshot to see how it works. 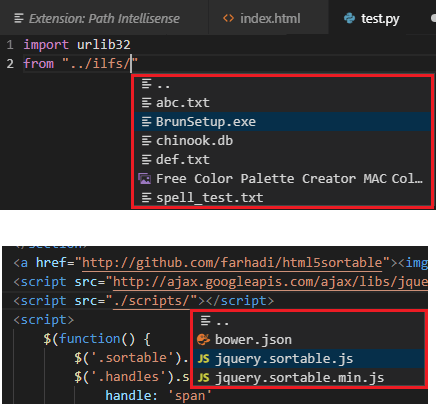 That’s all you have to do use this plugin. It can automatically detect when you are about to include a filename if your current code file. And then it shows the relevant suggestions. One advantage of using this plugin is that with this, you will never end up adding wrong paths for the external scripts.

Path Intellisense is a very useful plugin for developers and HTML enthusiasts. You just install this simple plugin and then simply start using it. With this, you can prevent yourself from adding wrong paths in the source code. Also, apart from HTML, it works with other languages as well and you will like it. If you want to see more technical details about this plugin then you can head to its GitHub page. So, if you are looking for ways for auto complete filenames in VS Code then you can give the above mentioned plugin a try.