Spot the difference game apps are quite popular and are fun to play. Kids enjoy playing this game as well as adults. The game improves your ability to focus and see small things in a photo. It is a good way to improve your observation skills. These games are quite relaxed to play and addictive too.

Spot the difference games give you to similar looking photos. Most of the games have 2 similar photos, but some games might even give you more than that. Now what you have to do is find difference between these 2 photos. The number of differences you have to find will be shown to you as well. This is where your observation skills can be tested out, as sometimes the difference is quite small and hardly noticeable. 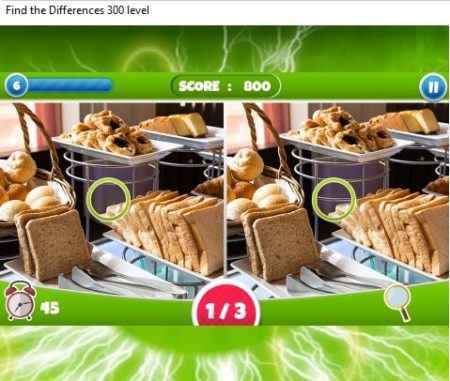 Spot the Differences is a nice game app where you can play up to 300 levels. The game is pretty simple with a nice interface. When you start the game you will be shown the levels on your screen and you can choose any level to start with. You will be shown two photos as shown in the screenshot above. In these photos you have to find out the number of differences mentioned at the bottom of the screen. Up to the levels that I played there were 3 differences to be found in each level. Each level was also timed. You will get one minute to find the differences after which it will game over for you. The countdown timer will sound a alarm from time to time to remind you of the remaining time. You also have a hints option on the bottom right side. Using this option you get a hint where the difference is hidden but the hint option also reduces you time on the timer. 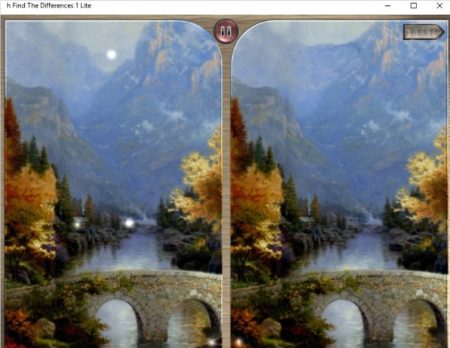 Find the Differences 1 Lite is a nice game app. In this game app you get 2 photos which are quite similar and it will be a challenge for you to find the differences between the two. At the beginning of the game you will be asked to login to the app by giving in a username and password. This is for ranking on the leaderboard. When you are ready click on the start button. Two photos will come in front of you and you have to find the minimum number of differences to move on. The differences are highlighted by a blinking, glowing light. You have to find 5-6 differences in each level to move on to the next one. If you put in too many wrong attempts then it will be game over for you. 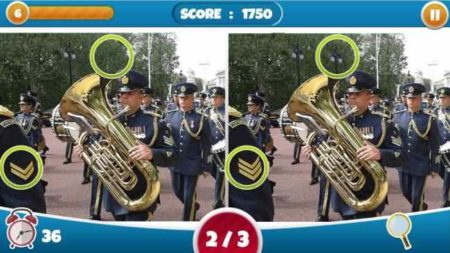 Find the Difference 2 is another free game app in this list. This game is similar to the first game in this list. You can see a screenshot of the app above. In this game when you start with a level, you will get two pictures to compare. You will have to find the number of differences given at the bottom of the page. Usually this number is three. On the bottom left you will see a timer which will be keeping time in each level. You will get 60 seconds to complete each level and find the three differences. As soon as you run out of time, it is game over for you. On the bottom right side is a hints option which will highlight the area where one of the differences is hidden. But using the hints option reduces your level time by a few seconds. So keep that in mind. You can move on to the next level when you complete one. 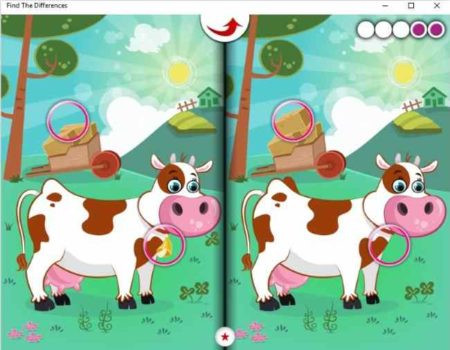 These are the 4 free game apps which I found for Windows 10 users. Now you can play this game spot the difference game anytime and even involve your kids in it. They will have a lot of fun and it will help them improve on their observation skills as well. Check these games out.