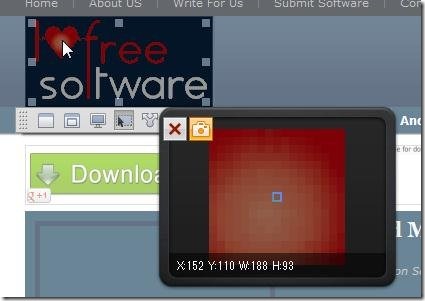 SnapCrab displays a magnifier window to precisely preview the captured area. It has a inbuilt color picker tool which picks different shades of colors from the screen and identifies their RGB values. Apart from that, it also lets you instantly post the screenshots to your Facebook and Twitter account.

A Brief Overview of this Screen Capture Software:

SnapCrab is a nice and handy tool which provides different ways to capture snapshots from the desktop screen. It can be used to capture the whole screen, a specific window, or a specific area on the screen. You can choose a particular file format and file location in which you want to save your screenshots. It also allows you to directly open the screenshots with your default image editor. Moreover, it offers a great combination of tools and settings to enhance your screen capture experience.

Snapcrab is very easy to use. Just run SnapCrab and adjust settings according to your need. Now select the mode in which you want to take the screen shot and click on the SnapCrab icon on the capture window to take the screenshot. 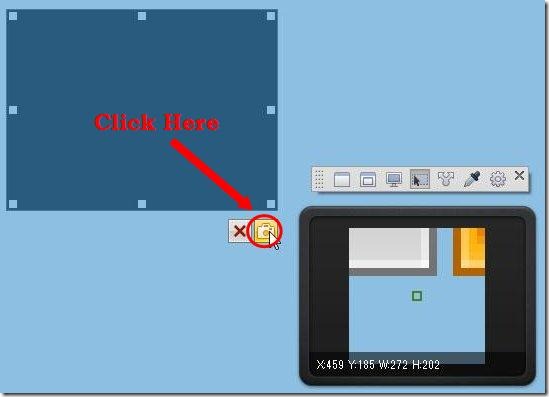 Every screen shot that you take will be saved in PNG format by default. You can go to the setting options to save the screenshot files in other suitable formats. 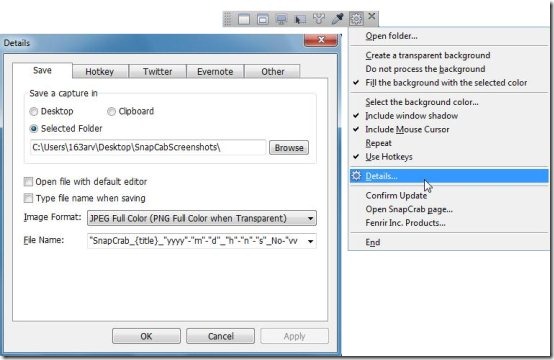 SnapCrab is among one of the best screen capture software which lets you capture screenshots in different sizes. The only thing it lacks is that it does not facilitates directly opening the screenshot files with your favorite image editing software like Gadwin PrintScreen does. Otherwise, it’s a nice and handy tool to take quick screenshots from your desktop.