There are some GUI-based language identifier and translator software available. But translating language words from the command line is a pretty interesting thing. And Translate-Python software makes it pretty easy to that. You just have to specify the input and output languages and this software takes care of the rest. 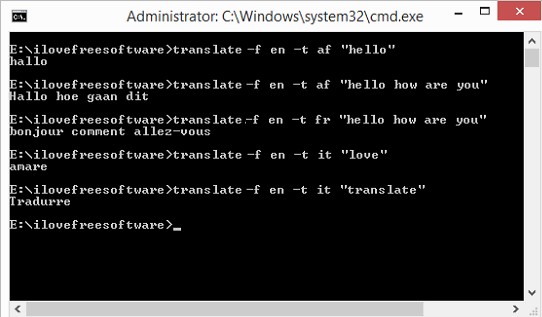 How to Translate Words from Command Line?

Translate-Python is an open source software to translate words from command line. It uses a few switches that you can specify in the command to instruct the input language and output language. After that, it will it will show you the result in the command prompt itself. All it needs is Python to be installed on your PC.

If you have some development knowledge, then you can modify the software according to our needs.

Here are steps to translate words from command line:

Step 1: Open command prompt and the enter the following command to install Translate-Python. Do note that you should already have Python installed on your PC for this command to work. 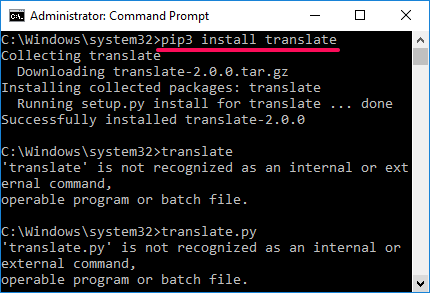 Step 2: After successful installation, you can start using this command line tool.

Where the “-f” switch denotes the language you want to translate from or source language. The “-t” switch denotes the target language to which you want to translate the words of input language. Also do note that, the software uses two letter abbreviations for languages. If you don’t know the two letter abbreviations for a specific language, then you can find it here. 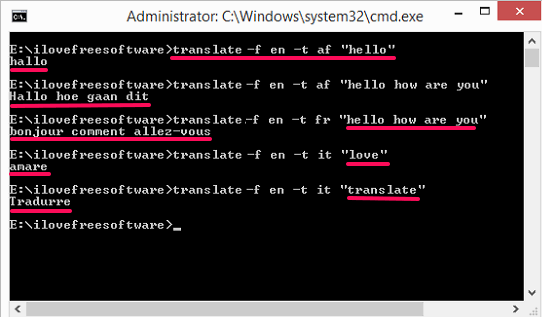 Translate-python is a very good command line translator software for Windows. You can easily translate words of any language from one to another. If you are more into the command line environment of Windows or any other platform, then you will find it quite useful.