Emerge Desktop is a popular substitute to Windows Explorer. In fact Emerge Desktop provides a lighter interface for those who use Windows Operating system thereby acting as a Windows Shell replacement.

The important feature of Emerge Desktop is its modularity and user-friendly interface that does not require manual editing. Also check out SharpEnviro, and Litestep. 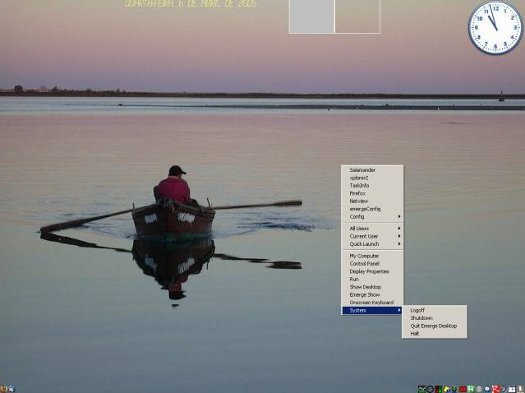 Working around with the applets can be done in the following ways: