Mondly is a free language learning bot to learn new languages by talking. It supports 33 different languages from across the world, including the American English, British English, Chinese, Italian, Greek, German, French, and so on. Using this bot, you’ll be able to learn new languages with ease by having conversations with the bot either by talking or by sending text messages. Mondly bot uses professional native speakers of the languages while talking with you in order to help you easily understand the vocabulary. The speech recognition feature of the bot also boosts your capability to speak languages as native speakers.

This bot comes with 3 different conversation categories named, Hello, Restaurant, and Hotel. However, you can only use the “Hello” category for free as the other two categories are available in the paid version of Mondly. Apart from that, it also offers some more useful features like daily lessons, weekly lessons, vocabulary practice, and more. However, I am mainly talking about the language learning bot and how it can help you learn languages by talking 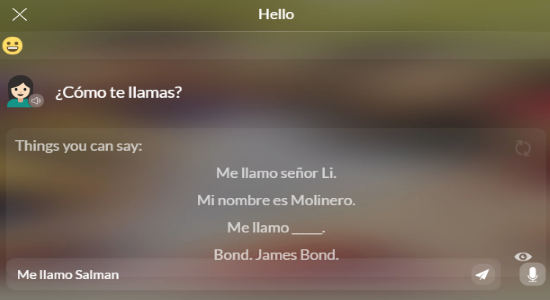 No more using separate websites for learning German, French, Chinese, Korean, Turkish, etc., as this bot can help you with 33 popular languages in one single location.

Mondly language learning bot is also available for Android and iPhone, but I have only reviewed the web version in this post.

How To Use Mondly to Learn New Languages by Talking: 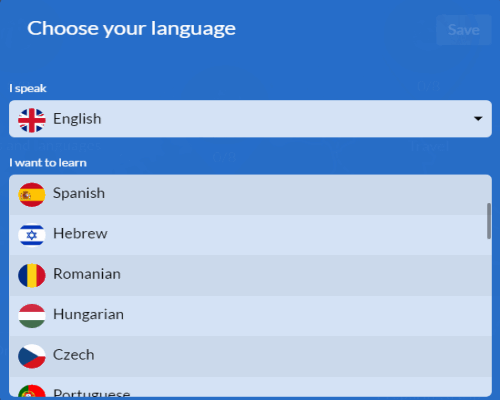 Step 2: After that, you’ll see various “Location” icons where you need to select the one that says “Chat Bot”. Then the conversation categories (Hello, Restaurant, and Hotel) will popup from which you can choose the “Hello”category to start learning basicS of the languages for free. 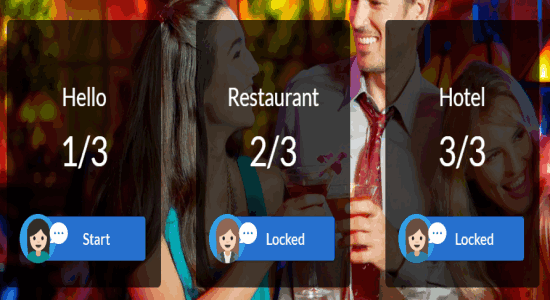 Step 3: As soon as you select the “Hello” category, you can start practicing conversations with the bot in a fun and relaxing way. Whatever the bot will ask, you have to reply to them by following the hints on the screen. For example, when it sayS “Hello” to you in the language you’ve selected for learning, you’ll be able to see 4 different hints in the same language. Then you can either speak out the reply from the hints by long pressing the “Record” icon or use the keyboard to type the reply. 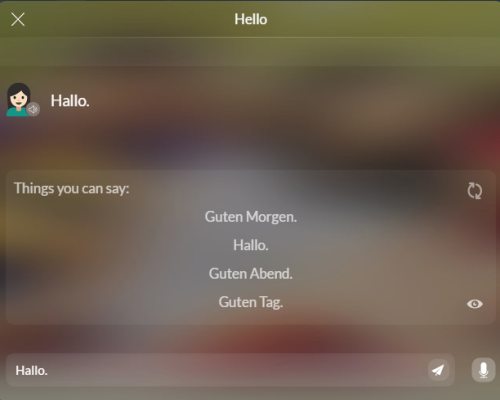 You can click on each of the hints to listen how to pronounce the words as a native speaker. The voice assistant of Mondly is pretty amazing as the words are spoken clearly and can help you easily understand the vocabulary of the language. In the same manner, each time you reply to any question, this language learning bot will pop up another question.

Step 4: Another useful feature of this chatbot is that if you find difficulty to understand the hints (as they will be written in the native script of the language), then you can press the “Eye” icon visible on the right and those hints will switch to your native tongue. When you release the icon, the hints will go back to the original script. This can be helpful in case you want to learn individual words also.

So, keep having conversations with the bot and learn new languages with ease and by talking.

If you’re bored with learning languages by reading text lessons and practicing vocabulary alone, then you can go ahead and use this bot to learn languages in a more fun and interesting way. Actually, you can have real chat with the bot either by talking or sending messages as you normally do with your favorite messengers. Ultimately, this can assist you to learn to speak these 33 supported languages as a native speaker.