Bonk is a free iPhone App to convert selfie to animation. Using this app, you’ll be able to convert all your normal selfies into something funny by adding hilarious animated (morphing) effects automatically. Actually, Bonk uses some predefined facial squish effects in order to turn your still selfies into hilarious animation. These predefined effects bulge and bend your faces in such a way which makes them look funny. In addition to that, it also adds a random and frenzy sound effect to the animations.

One of the best features of this app is that it doesn’t require multiple images to make animation. That means it can simply turn any still image into animation similar to another iPhone app “PictoGif“. When you’re done turning a selfie into a hilarious animation (Bonk), you can simply save it as a video, share it directly with others, or save each frame as an image.

How to Turn Boring Selfies Into Hilarious Animation on iPhone:

The app comes with a simple interface and can be easily used to turn selfies into animations in a flash.

When you launch the app, you’ll see the built-in camera with a face frame at the center of the screen. At the bottom, there will be a “Camera” icon using which you can capture selfies. 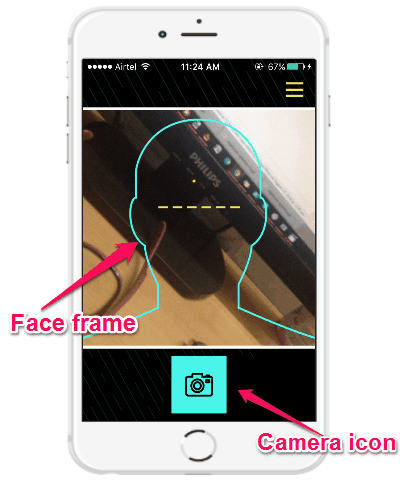 Step 1: Now, to capture a selfie you need to place your face within the face frame and hit the “Camera” icon at the bottom. Please make sure that the face lies perfectly within the frame or else it will simply say that “no face detected” and ultimately you’ve to capture a fresh selfie. That also means that this app only works with selfies with faces. 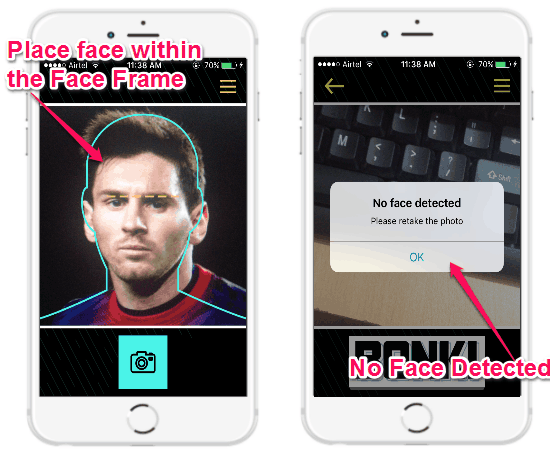 Step 2: Once your face is perfectly placed within the frame, simply tap on the “Camera” icon to capture a selfie. After that, you’ll see a “Bonk” button at the bottom of the screen. Simply tab on the button and this app will start applying the facial squish effects to the selfie and ultimate turn it into a hilarious animation. 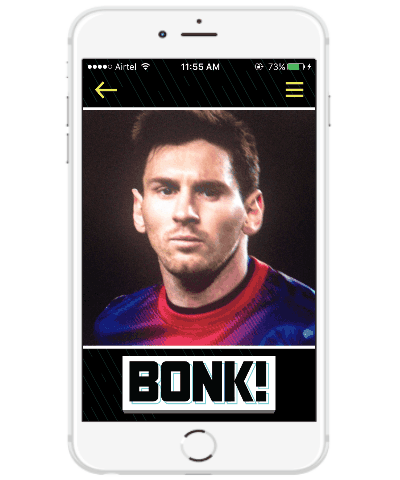 Step 3: Once the app is done with turning the selfie into animation, you’ll be able to play the animation, save the animation as a video to camera roll, and share it via Facebook, WhatsApp, etc. Apart from that, it also allows you to save each of the animated frames as an image on your camera roll. 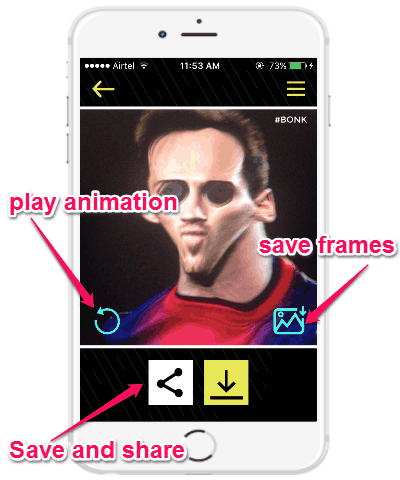 If you want to turn your boring selfies into something interesting and hilarious, then you got to try Bonk. Personally, I like this app as it doesn’t require any manual editing for converting still photos as animations. You can simply capture a selfie using the built-in camera and hit the Bonk, the rest is taken care by this app.

Get “Bonk” from here.