We have already reviewed a couple of Windows 8 radio apps, like: TuneIn Radio, Tuba.FM, etc. Compared to those, this app has least number of features. But ironically, this is the one that I like most. I think I am in love.

Update (May-30-2014): This app seems to have been removed from Windows Store. You can try other radio apps for Windows 8 linked above. If you like this app, then you can try its iOS version here. 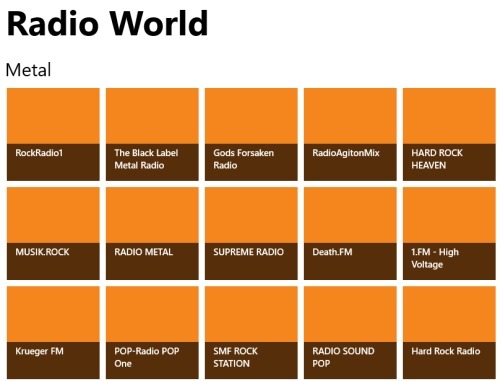 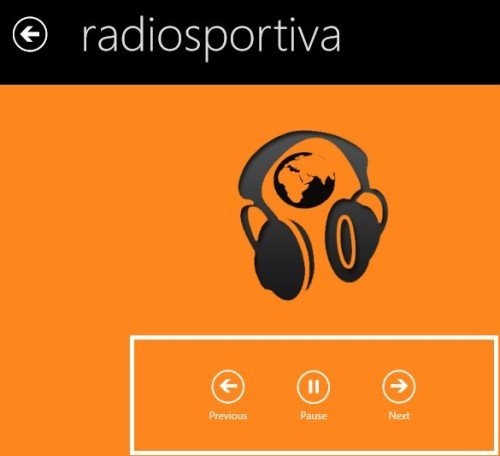 When you scroll horizontally in this app, you will see other available genre and corresponding radio stations. At time of writing this article, following genre were available in this app:

As you can see, there is a huge number of genre that this radio app for Windows 8 supports. And it supports some not so common genre as well, like, LGBT :)

Now, let me list the features of this radio app for Windows 8:

So, it is a really bare bones streaming radio app for Windows 8 with just the interface that I have shown above.

So, why did I say that I love this radio app?

Because it provides fantastic free music. Isn’t that what you ultimately need in a radio app?

The collection of radio stations available in this app is really good. Since I started testing out this app, I have been playing it in the background non-stop, and I realize I didn’t enjoy any other radio apps that much, even though they had all the neat features.

And the interface is really simple and makes it quick to start the radio station that you want.

Having said that, I would have definitely preferred to have some basic features; at least marking radio stations as favorite. But, without that too, I will stick to this app.