Button Cutting is a free Windows 8 puzzle game in which you need to cut buttons of similar color. This game is fun to play and addictive as well. In this game you need to cut at least two buttons of  same color. But be careful while choosing buttons because two or more buttons with same color can be selected only if there is no different colored button between them.

This game has six different levels, with increasing number of buttons in each level. Each level contains 24 different sub-levels. Cut the buttons as fast as possible to get the best high score and also experience the realistic sound of scissor cut. This game is very easy to play, but as the levels increase so does the challenge of the game. You can even skip any unsolved puzzle and move to next one. 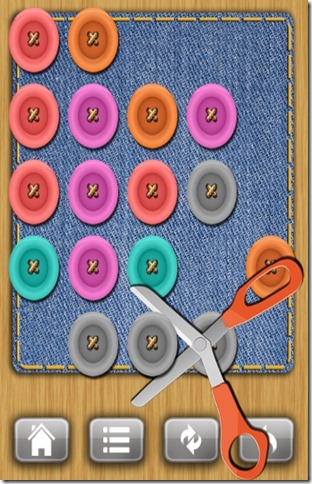 The objective of the game is to cut all the buttons as soon as possible. The game contains different puzzles in which colorful buttons are arranged. You need to cut buttons of similar color such that at least two buttons are of same color. The rules of the game are:

If your are struck in any level of the game, then you can skip that level and move to another level.

You can get Button Cutting puzzle game from Windows store or by clicking on the link given at the end of this review.

After launching the app, you will find two options: Play and Settings. 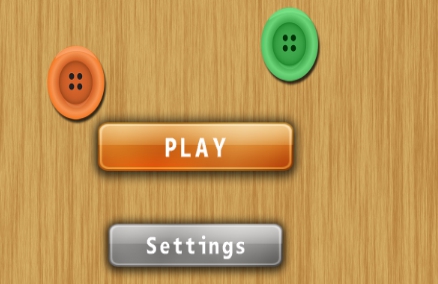 Settings lets you to on/off the sounds.

Click on Play option to start the game. After clicking on Play, you will find six different packages (levels). As level increases, the number of buttons increase as well. Choose one level as per your puzzle solving skills as well as your visual skills. 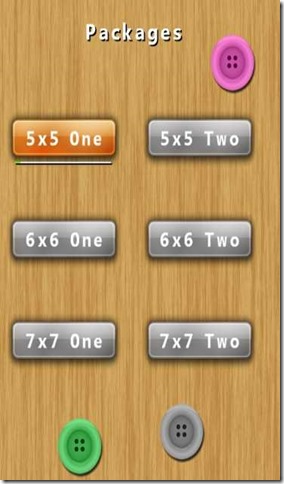 After choosing level, you will get 24 different unlocked levels. Click on any level to start playing. 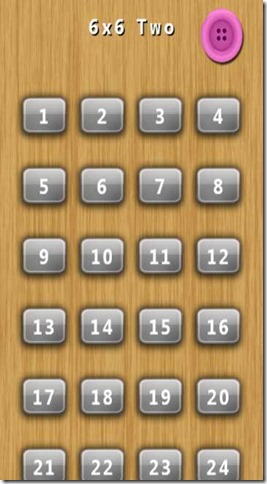 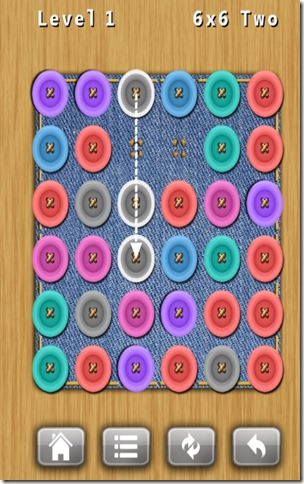 After selecting the buttons, release the left button of your mouse; if the buttons are of same color and are arranged diagonally, vertically, and horizontally then an animated scissors appears which will cut the selected buttons with real sound of scissor cut. 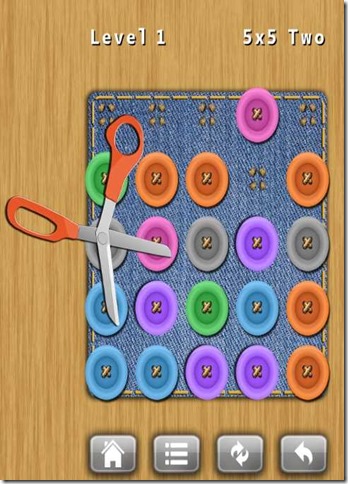 Cut all the buttons to clear the level, and try to cut quickly to achieve higher score.

You can also read about other puzzle games reviewed by us earlier: Zombie Ragdoll and Where’s My Water? 2

Button Cutting is one of the best puzzle games. I personally enjoyed this game a lot. The different levels of the game manages to keep you engaged for hours. The graphics and the realistic sound effects make the game more interesting. So if you are looking for any puzzle game then you will definitely like this game.