Cheetah Sync is a free application that is used to wirelessly sync Android device with PC and helps to sync files between PC and android. You can select sync direction either computer to android, android to computer, or two-way sync process. It makes it so easy for you to transfer files between pc and android. You simply need to install desktop application to PC, android app to your smartphone, then connect both devices with same Wi-Fi network, and sync your data.

Cheetah Sync allows to sync android with PC with the help of a job. While creating a job, you need to select a PC folder, an android folder, and sync direction to start the sync process. 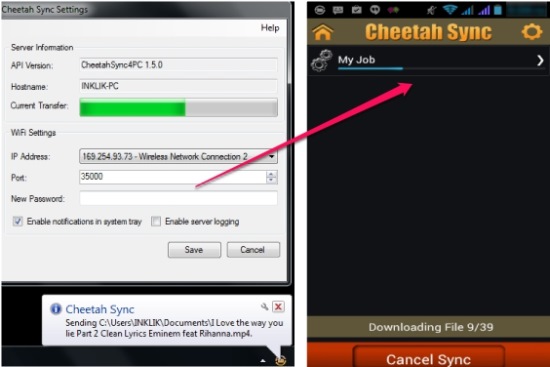 Some Key Features Available In Cheetah Sync are:

How To Sync Android With PC Wirelessly Using Cheetah Sync? 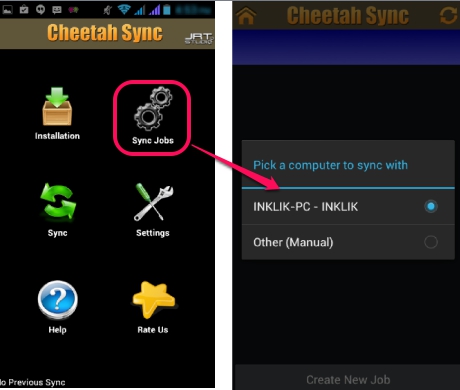 Step 2: After connecting the devices, you need to create a new job. Select on Create Job option and move further. 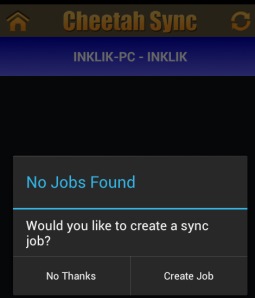 This will start the main setup process of sync android with PC.

Step 3: In this step, you need to select a folder for sync data. This will be the Computer folder as it will show your connected computer folders. Select any folder to make it sync folder or create a new one according to your requirement. 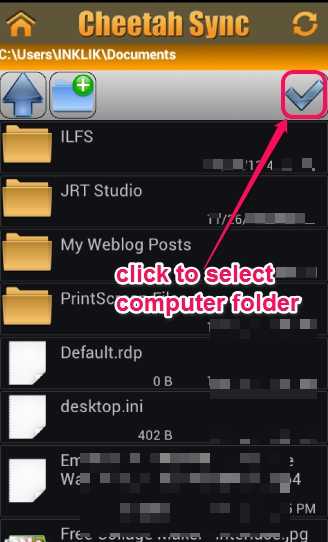 Step 5: It is the last step to complete the setup of sync. Here you can change sync job name, sync direction, and other options. 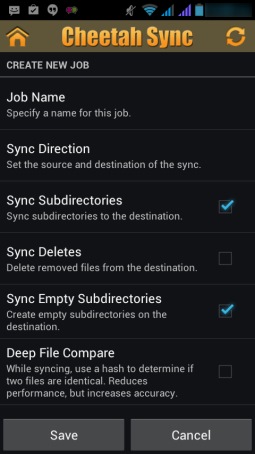 Now save the job and come to the dashboard of Cheetah Sync.

Step 6: Now Simply click on the sync button and you will be able to sync the data between PC and android. 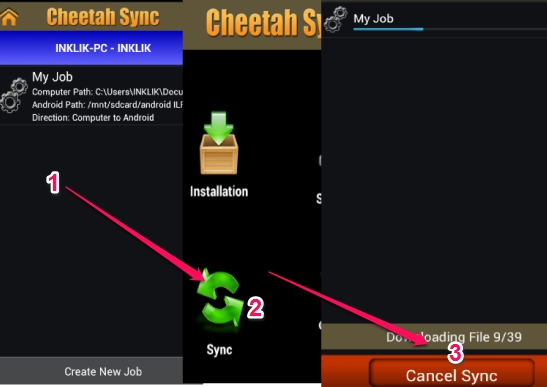 Cheetah Sync is helpful to quickly and easily sync android with PC but only a single job at a time can be created for syncing the data. Still it is not a bad option to sync data between android and PC.