Though the software is completely free, it includes a number of features found in the professional ones: 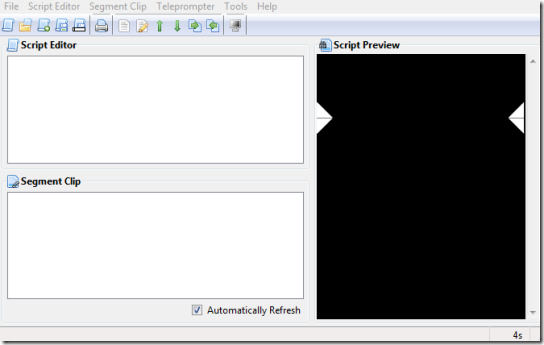 TeleKast is a easy to use software. Initially it takes time to understand the different features, but once you get a hang of it, you can create scripts and contents smoothly.

How to create Scripts using TeleKast:

The software can be downloaded using the link given at the end of the article. Once downloaded, install it as you would normally install any program. The first time when TeleKast runs, you will get a screen like the one above.

Before you create any script, you have to create a new segment. The segment can be created using the “New Segment” under the “Script Editor”. You will get a screen like the one below where you can make required changes which will be displayed on the teleprompter screen. 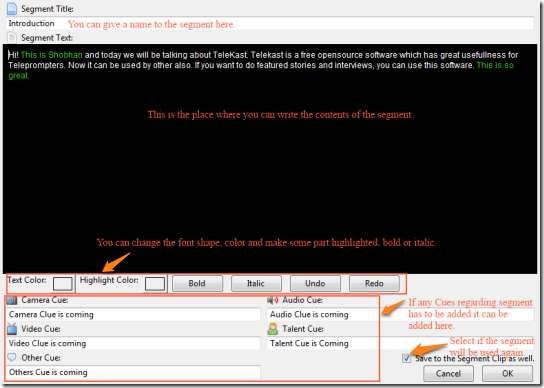 You can create as many segments as you want. Later, you can reposition those segments according to your wish by using the the up down arrow keys in the screen editor or in the toolbar. Now you have your script ready. 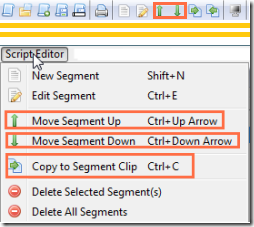 At the end of writing different segments, you will have a home screen which looks like the image below. Remember the sequence of segments shown in the Script Editor is the sequence in which the contents of the segments will be displayed in the teleprompter. 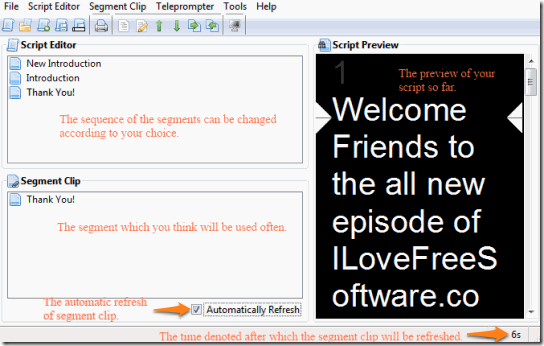 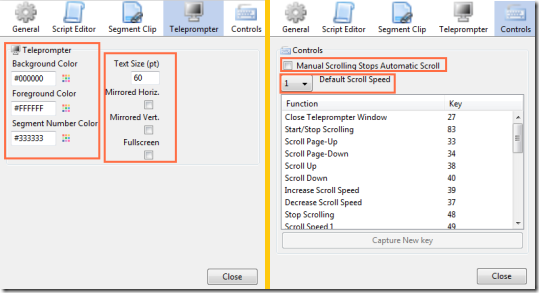 If you want to assign a new key to any function, select the function, click on “Capture New Key” and press the new Key. I assigned ‘S’ key to ‘Start/Stop Scrolling’.

You can also print the script. When you are printing the script you will see the cues which you inserted while creating a segment get visible on the script. A sample image is given below. 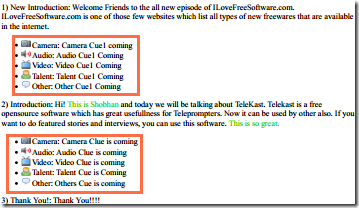 Ok so now that we have created a script and printed it. Lets see how it will get displayed on the teleprompter screen. You can start the teleprompter using the Screen on the toolbar or using the Teleprompter in the menu bar. By default the automatic scrolling is started by Spacebar/ Enter but I changed to ‘S’ as previously stated.

The only demerit in the application is that the functionalities have been assigned with key numbers and not the characters they represent. It becomes a problem as no one remembers what number a particular key in the keyboard represent.

TeleKast is a great teleprompter software. The software can be used in many places. I like the software because it can be used when you are making educational videos, then instead of remembering everything that you have to speak you can use the minimized version of the teleprompter.