Kids ABC and Counting is a free Windows 10 kids app which can help kids learn alphabets, and numbers in a fun way. The app offers learning of alphabets, numbers, counting, shapes, etc. The app is good for toddles and preschoolers. Apart from this kids can also play two games like jigsaw puzzle and match the pairs.

The Windows 10 kids app can be downloaded from the Windows 10 store or from the link provided at the end of this article. When you start the app for the first time you will see an interface as seen in the screenshot below. 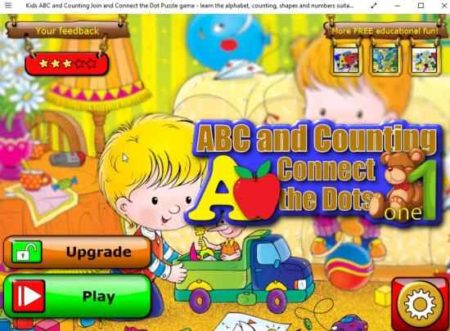 Click the play button and you will be taken to a screen as shown in the screenshot below. Choose a game which your kid would like to play. 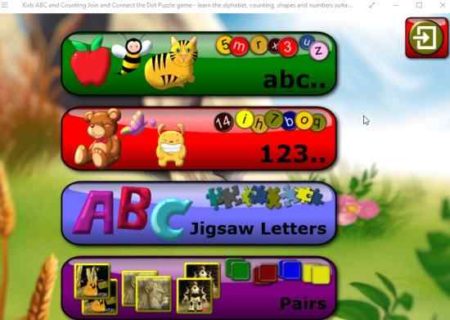 Connecting the Dots: The first game in this list, in this game you have to join the dots given on your screen using the number with each dot. All the dots when connected will form an object from the alphabet list. The alphabets pronunciation will be said out loud and then a sound is played representing the animal or thing. The connecting game screenshot is given below. 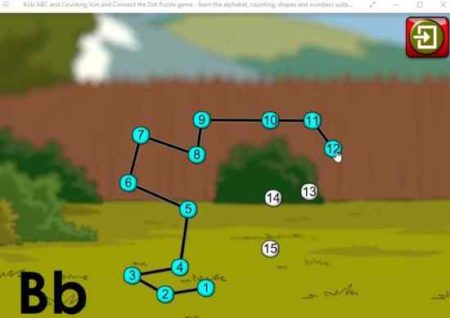 Counting Game: In this game also you have to connect dots. The dots will unravel a figure or thing, and your kid will count how many items are there. This will help them learn counting.

Jigsaw Letters: In this game you are shown a alphabet in the background and some pieces like in a jigsaw puzzle. You have to connect all the pieces and make the letter shown in the background. As in other games this game also has a few free levels and others are available with the paid version, this can be seen in the screenshot below. 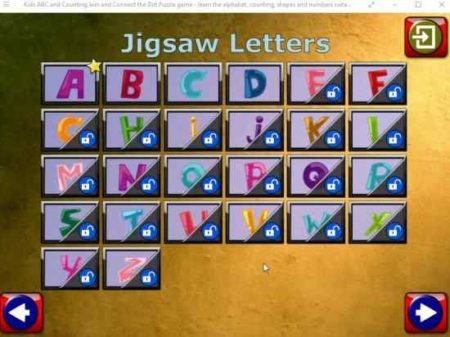 Matching Pairs: In this game you are given various card which are laid in upside down layout. Now you have to start with opening any two cards, now you have to remember the card and its position. So when you come across a matching card you can open the previous one and match the two. 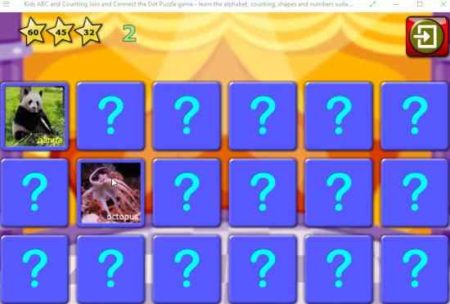 The matching pairs game screenshot is given above.

Features of this Windows 10 kids app:

The kids app is fun and toddlers can learn a lot using this app. Kids will like the app as it is colorful and has nice sound effects. The games teach you alphabets and numbers, and they also teach you hand eye coordination and memory skills. Do give it a try.

Check out Kids ABC and Counting app for Windows 10 here.