Notion has same origin policy in action just like many websites which prevents pages from it being embedded on other websites. But there is a workaround to that by creating Notion proxy. And that is what Embed Notion does. Alternatively, we have covered hosting Notion pages on custom domain. You can use that method to host Notion pages and maybe then you can generate embed code from there which will work on all websites.

How to Embed Notion pages on Websites?

You can just go to the main homepage of Embed Notion. Enter the Notion page link there and the click “Create Embed”. But before doing this, make sure that the Notion page URL you are using is publicly accessible. 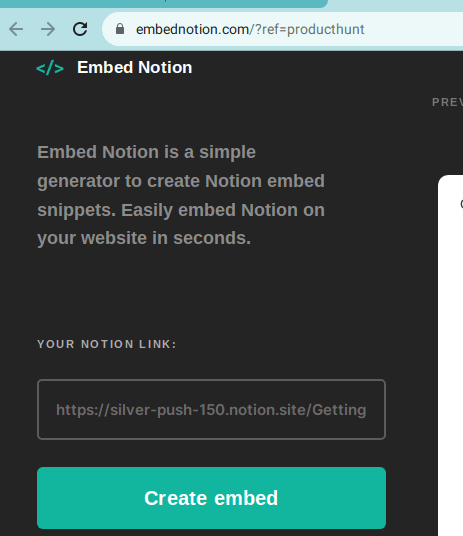 After it generates the embed code, you can simply use that in the HTML of your website. Or, if you are on WordPress and it doesn’t allow iframes, then you will have to fix that first. See the embed that it generated in my case. 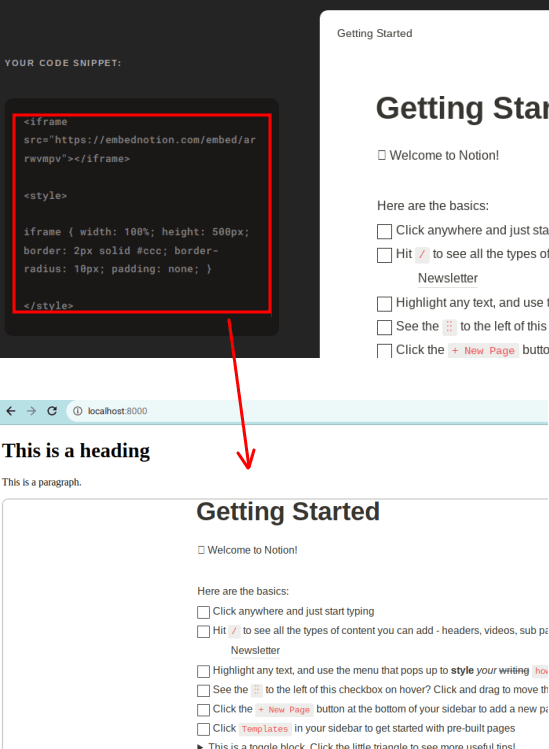 In this way, you can use this super simple website to embed Notion pages in websites. I have already mentioned the limitations of the free version and if you are okay with them then you can just go ahead. Or, if you want to embed code without any restrictions, then the option to subscribe to premium is not bad.

I looked for other solutions but it seems as of now, this is the only working free method to embed Notion pages. There are some open source projects which may do it, but you will need a server to host them. I say for free, Embed Notion is not that of a bad choice. Just give it a try and let me know what you think about it.