PARTY is a free Chrome extension which lets you post encrypted message on social media to ditch surveillance agencies. Here this extension helps you encrypt a post before posting that on Facebook or other social media platforms. The encrypted text will only be decrypted by the people having the same extension installed. This real use case of this extension is for dealing with the mass surveillance that is being used quite usually these days. To make sure that you post only read by humans, you can try the PARTY Chrome extension which is free.

Currently, when you post something on social media then that is literally visible to everyone, including bots. Even though, you can manage this on Facebook but on other platforms you can’t. Those bots and some other external tech companies snoop on this data and use that to track you or benefit themselves in other ways. But you can stop them by using the extension I have mentioned here. When you create new social media post then it will automatically open so you can encrypt your message with ease. 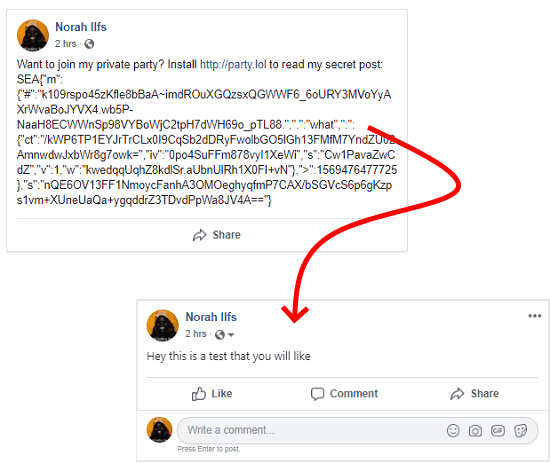 How to Post Encrypted Message on Social Media to Ditch Surveillance Agencies?

You can simply install the PARTY extension from here. After that, you don’t really have to set up anything. Its icon will appear in the Chrome toolbar and you can use the “Options” right click menu entry to read more about this extension. And it not only works on Facebook but works everywhere including Gmail, Twitter, Reddit, and many other social media websites. 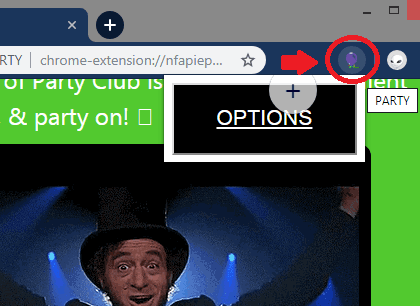 When you create a new post while the extension is installed, you will notice a box will popup in which you have to specify the message or text that you want to post. In my case, I will be using this on Facebook and after you have specified the post content, simply hit the Encrypt button and then it will scramble the text and will add that in the post. You can now simple publish the and sit back. 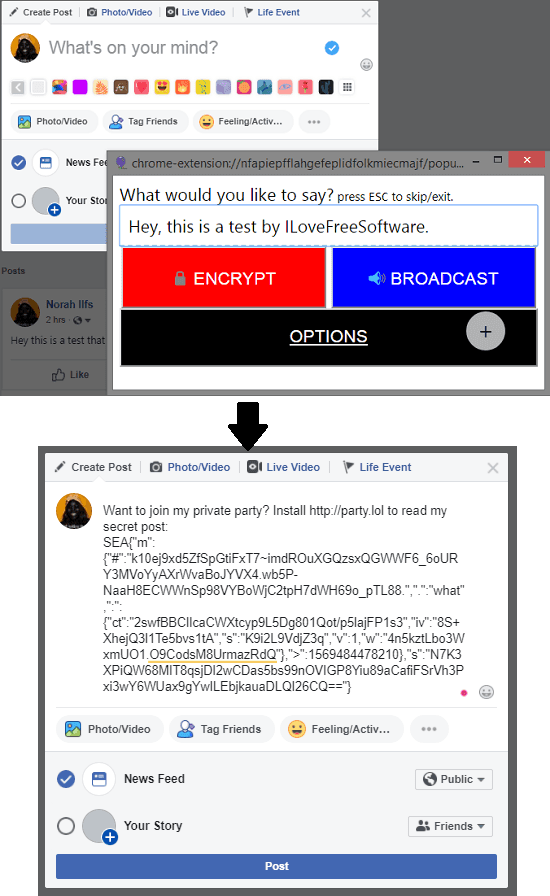 You can share the Chrome extension with the other people whom you want to share your post with. Only people having the PARTY extension installed will be able to see the post with the original text. Otherwise, the post will appear as a sequence of scrambled text as you can see in the screenshot I have added in the beginning. There are other options in the extension that you can consider.

I liked the idea behind the extension that to “Stops tech companies from mass surveillance capitalism“. And it does exactly that to a very much extent. However, it would’ve been more amazing if there was an option to encrypt message using a specific key. But still, it is very good tool to post a secret message which can only be understood by handful of people. So, if you are looking for a free tool to encrypt social media messages/posts before publishing them, then PARTY is the tool you need.