Yeti On Furry, is a free Windows 8 tower defense game app. The gameplay of this fun Windows 8 game app is to defend your lair from the hordes of climber enemies: The Insane Climbers. There are different types of climbers, some are dumb and some are vicious. You’ll play as the yeti. These climbers are so greedy that they have stolen your underwear and are now trying to invade your lair using different powers. But thankfully, you have got some super powers using which you can stop them from reaching top of the mountain,your lair, and recover all of your underwear and get rich by collecting gold plates. 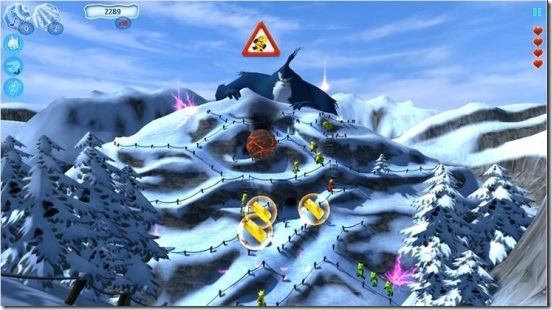 This very popular Windows 8 tower defense game app was first available in Android phones and IOS devices, and is now available in Windows Store; ready to rock in Windows devices. The download link is given at the end of this article.

Since the game was initially made for the touch devices, so the game still works best for the touch devices. But, as the game is now launched for Windows 8 supporting devices, so it does works well in desktop PC and laptops as well. And to my surprise the game is equally fun and addictive in PCs. The game is in 3D and makes use of funny characters. A good thing in the game app is, the animations are very smooth and simulations are among the best that you can get in good Windows 8 game app. Though the game is in 3D, still it’s size is relatively small in size. So, it doesn’t put too much load on your Windows 8 device , and this makes the game run smoothly, without crashing.

The gameplay of this game is another factor that makes it a good Windows 8 tower defense game app. The location of the game is fixed, as well as your position. You can’t move. However you can use powers to stop and slaughter your enemies and defend your lair.

The game is played in the form of waves of hordes of enemies, which are the climbers. They are cute but ugly at the same time, and you have to be aware of them because they can be vicious. They’ll use all possible tricks and clever ploys to clamber at the top of the mountain, and that includes using tunnels, zip lines, and even teleporting. 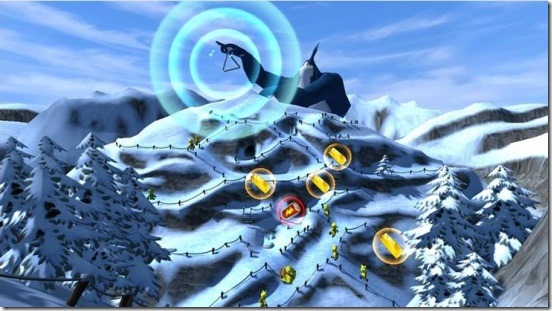 However,in order to help you in the game, the game provides you with powers, which you can use to kill the enemies. The default power you’ll get is, you can throw snow balls on the climbers. A climber needs at least 3 hits by the snow balls to die. Along with this power, you can further get some more special powers during the game play, like huge rolling stones, ice rain, wind blow, sneezing, triangle concert, or the fist of vengeance etc. But these special powers take some time to cover-up again, after being used once. So you have to be careful with using them. 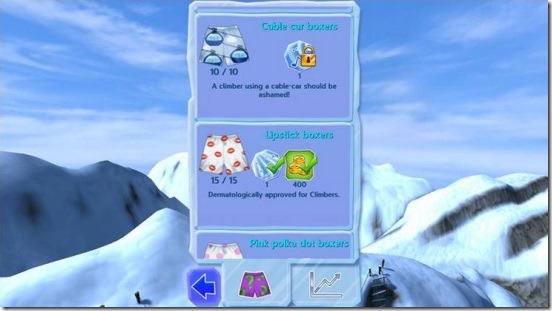 Killing the enemies gives you gold bars, scores, and achievements, and some times your stolen underwear. You can use these to improve yeti’s power and also grab the daily bonuses to score your highest score, which you can compare with the best of other players using game’s social feature. 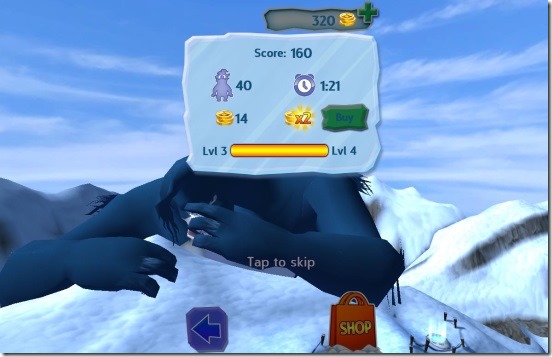