The Windows 10 word game app can be downloaded from the Windows 10 store or from the link given at the end of this article. When you start this app you will see a screen like the one shown in the screenshot below. 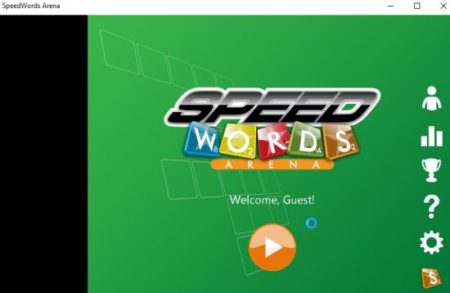 The center of the screen has the play button which will take you to the game board directly. Apart from that on the right, you can check out the settings of the app, the help or demo section, etc. For the leader boards and rankings you would be required to create an account with the app.

Click on the play button to start the game. You will get an interface like the one shown in the below screenshot. 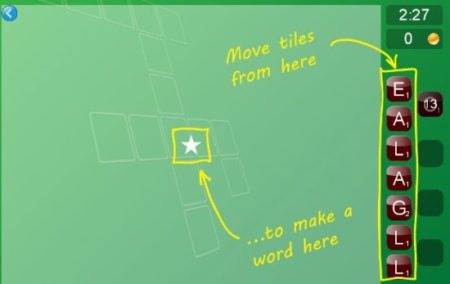 Top right of the screen will show you the timer, you have to form as many words as you can before this timer runs out. Below the timer are the number of points scored. Then there are random letters given from which you have to form words. The words have to be formed on the left side of the window. So just drag and place a word at a location on the board and make interlocking works like you do in scrabble.

After every few seconds there would be a new word added to your word list. 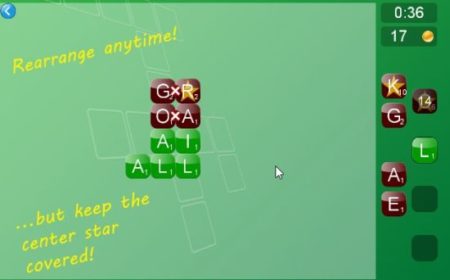 You can rearrange the tiles anytime. Also be on the look out for bonus tiles which can earn you some extra points. 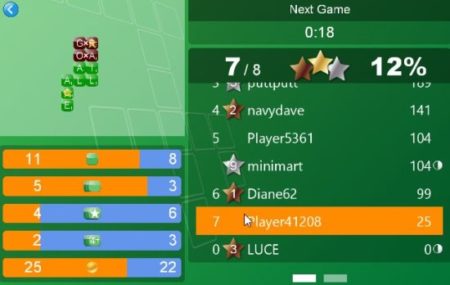 When the timer runs out you are shown the above screenshot, where player rankings are shown on the right side along with your points and raking. The left side of the screen shows a breakup of the points that you scored. Top right of the window also shows how much time is left before another game starts.

SpeedWords Arena is a fun word game for people who love word games and want to give their English vocabulary a challenge. You get to play with other players from around the world at the same time online. Everyone gets the same board to play and you can check your ranking afterwards on the leader board. Do try this game out if you like word puzzles.