Merged is a Windows 10 dice game app where you have to connect three or more same numbered dice to create a new dice. Sound more like a matching game app, but in matching game apps when you match 3 same things they are cleared off the board. But in this game three same numbered dice create a new one. Only when you connect three dice with the number 7 on them, it clears all the surrounding fields as well, instead of creating a new dice.

The Windows 10 dice game app can be downloaded from the Windows 10 store or from the link given at the end of this article. When you start this app you will see an interface like the one shown in the below screenshot. The app is ad supported which can also be seen in the screenshot. 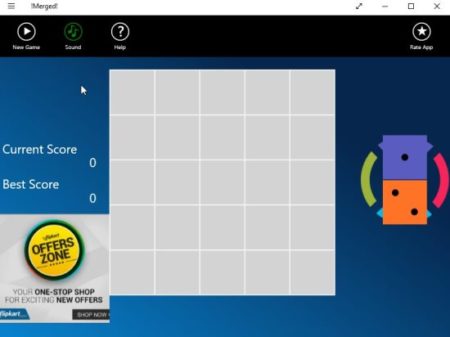 When you line up 3 dice with the same number together they will create a new dice with a different number. 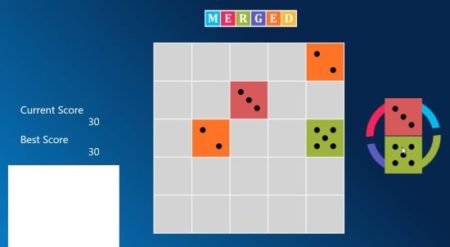 You score can be seen towards the left side of the screen. The number seven in the game is more important. When you line up 3 dice with number seven on them they will clear the adjacent blocks around them as well. 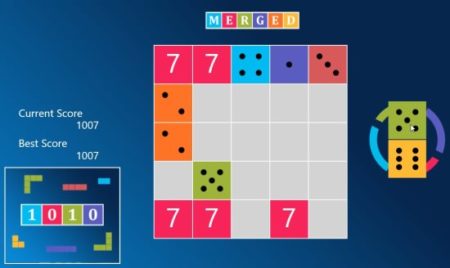 The game play is pretty simple and you can keep going as long as you want. This game is quite addicting once you start playing it.

Merged is surprisingly a fun game to play. When I started playing it I thought it would not be that great, but once I started playing it, it turned out to be quite addictive. The game play though easy does require you to put a little brain into it. You have to be sure where you have to place the dice and properly rotate them so they can be connected to other dices. I enjoyed playing this game and would suggest that everyone try this as well.

Check out Merged for Windows 10 here.