Here is a free Floppy emulator software for Windows that lets you use a USB flash drive as a Floppy disk. What it does is formats a USB flash drive and make its file system like that of a Floppy. It converts the USB storage into 100 virtual Floppy disks and then you can write some data onto them and then use them whenever you want. It has a very simple interface to read and write data and track the storage. If you want to remember some good old days of Floppy drives then you will like this software. However, one problem here is that it only supports FAT32 compatible files to write on the virtual floppy tracks that it creates.

If you want to just play with the Floppy disks then you can make use of this software. Otherwise, one useful use case of the software is backing up the old actual Floppy data that you have. If you have some old Floppy disks and Floppy drive in your computer, then you can just backup all the data securely in a USB drive so it will be preserved for many years. Since Floppy disks do not support modern file system of Windows, so in order to write data into the Floppy block that this software creates, you will have to take help from some disk imaging software. Everything else is just simple, just read along the article. 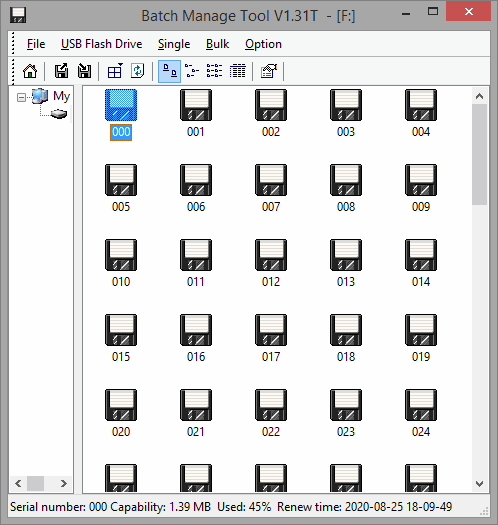 As I already mentioned that this software can create 100 virtual Floppy disks in a single USB drive of any format that you want. It supports 3 Floppy formats –namely, 1.44M, 1.2M, and 720K. Before getting started, you will need a spare USB drive and make sure that you copy all data from it because after formatting all data will be lost.

Download the Floppy emulator software from here and there install it. Now, you just plug your USB drive in your computer and run the software. The very first thing that you have to do it format the USB flash drive and convert it into a virtual floppy disk. It will automatically detect the USB drive and just click on it’s letter in the left pane and then choose the formatting option. In the formatting option, you can specify the type of Floppy and the number of virtual Floppy disks is that you want to create. The maximum number is 100. 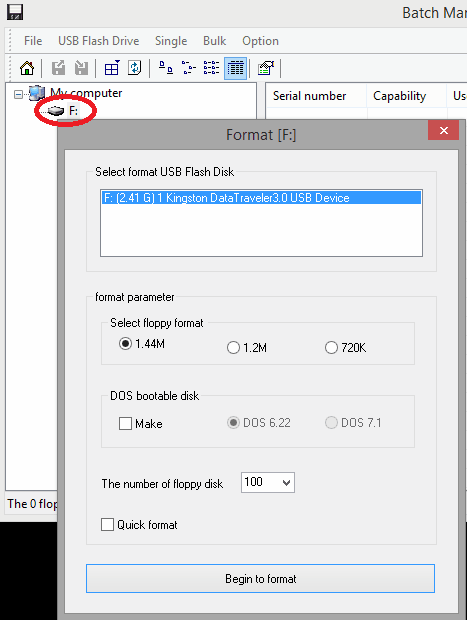 Now, after the formatting process completes, it will show you all the virtual Floppy disks that it has created in the USB drive. You can see the list of all the Floppy disks and the space there are currently occupying. Initially they are all blank and you just have to write some data into them. 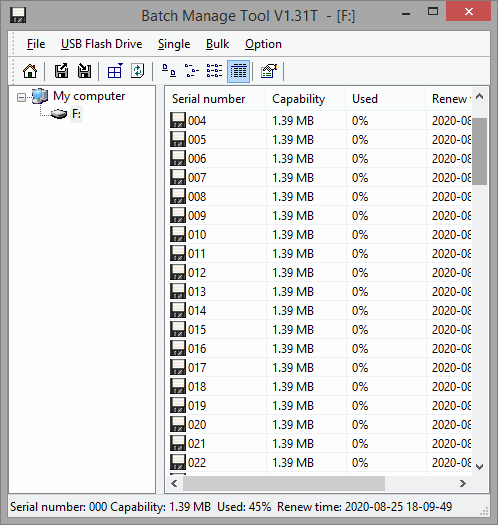 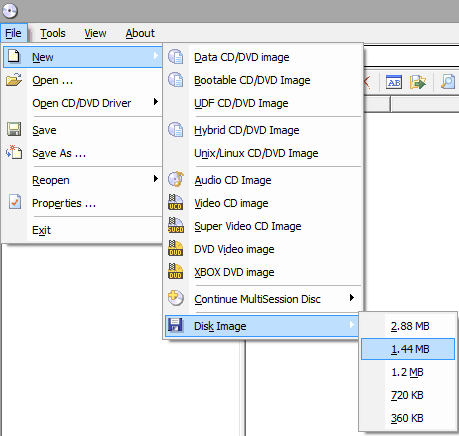 Now, come back to the Floppy emulator software and right click on any virtual Floppy disk. Choose “Write image file” option and then select the disc image that you created using Magic ISO software. It will immediately write that image and the storage capacity of the virtual Floppy disk will be changed accordingly. Similarly, you can write to data to other floppy disks in the same way. 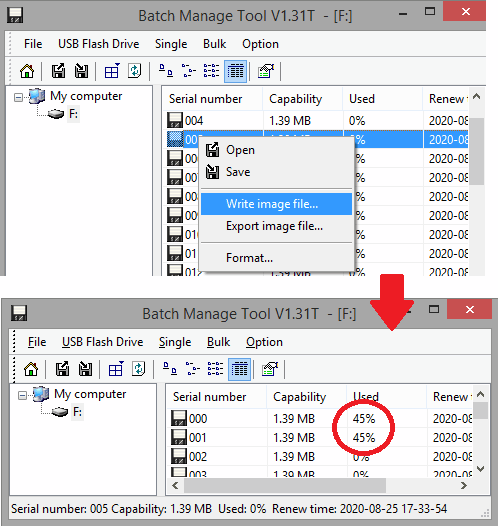 Now, when you want to read the data that you have already written to A Floppy disk then just double-click on it. It will display the data in the correct form and then you are free to do whatever you want. You can perform any operation on the file that is saved inside the virtual Floppy disk. You can even export the Floppy disk in raw data format. 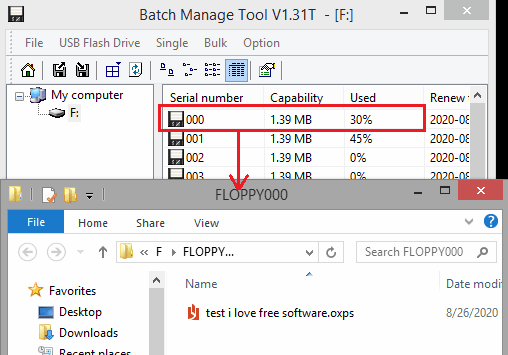 In this way, you can make use of this simple and quite interesting Floppy emulator software. You can use an old USB pen drive that you have and convert it to a 100 virtual Floppy disks with the help of the software. This is simple and very straightforward. And you can use it to actually archive Floppy data that you have on an actual Floppy disk. However, for that you will need a working Floppy drive on your computer to retrieve the data from a physical Floppy disk.

If you want to experience the old days of Floppy disks, then the Floppy emulator software I have mentioned here will help you. You just require a spare USB drive so that you can convert that in a virtual Floppy disk that you can use to store some data in any way you want. I really liked the concept and the way this software works. You can create any number of virtual floppy disk between 1 and 100 and then do whatever you want. However, keep in mind that a single Floppy disk only has 1.4 MB storage space, so insert the files in it accordingly.