Character Notes is great tool for budding writers or even seasoned authors. Character Notes is a free Windows 10 character development for writers app which helps in developing characters for novels or stories. As a writer you sometime have some idea about a character that you could use in your story. But either you forget when you sit down to write the story, or you don’t remember the entire traits that you thought about a particular character. To handle situations like this you can use the Character Notes app. This app lets you define the traits of a character in your story in a very elaborate manner.

Let’s look in this app a little further. Download and install this app from the Windows 10 store. When you launch this app you will see an interface like the one shown in the screenshot below. 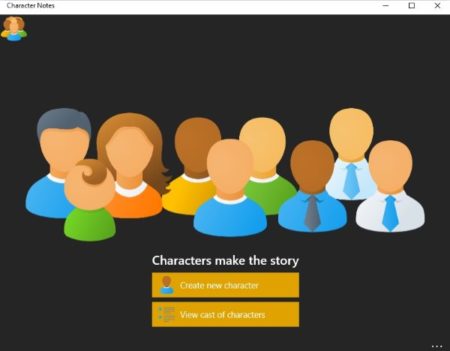 You will see two option on the home screen of the app “create new character” and “view list of characters”. If you are using the app for the first time go with the first option to create a new character. This option will take you to a screen like the one shown in the screenshot below. 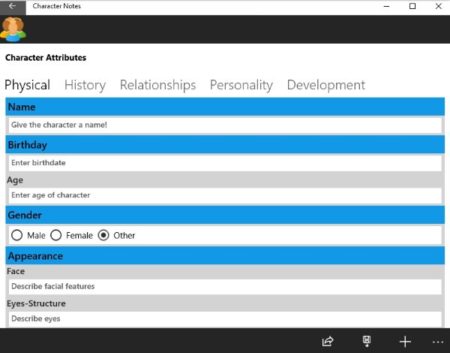 Here on this screen you can define the character in your book in detail. Each character will have 5 sections in it, namely, physical, history, relationships, personality, and development. 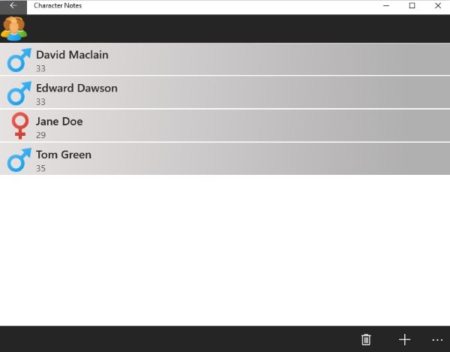 Once you have entered some characters in to the app, then you can try out the second button from the home page as well which says view cast of characters. This button will take you to a page where all the characters that you have created so far will be listed on one page. From this page you can click on any character and make further entries in it. This can also be seen in the above screenshot.

Features of this Windows 10 character development for writers app:

Character Notes is nice app for authors or writers, who are in the process of writing a book and everyday come up with new ideas about the characters in their book. This app can be a great way of storing ideas you have about a character and implement them later in the book. This way you will have all your ideas in one place, and when you need them then you can export them in a text format file or print them out. Try this app out, it might prove a good app to see how the character if developing all through the story.