If you are a shooting game fanatic then its not difficult for you to understand that how much fun it is to play the sniper shooting games. For those who haven’t played any shooting games then I would like to suggest them to play these games to get a taste of them. The sniper shooting games are a class apart among all the gaming categories. Its totally a different feeling to aim at your enemy and wait for the perfect moment to hit the perfect headshot. The feeling of virtually holding a sniper gun in your hands makes the game even more interesting. Lets check out the games included in this list.

The first sniper shooting game for iPhone is Brothers In Arms® 2: Global Front Free+. This game is the latest installment of world famous Brothers In Arms series. The gameplay of this game revolves around the time period of World War 2. The game has very good graphics including the guns, weapons, atmosphere, soldiers which give you feel of fighting in World War 2 era. In the game you play as a soldier called Eric who is posted at Solomon Islands in North Africa for fighting against Japanese soldiers. The game takes you on a thrilling adventure of wars where you have only two choices, either fight or die.

The game has 2 modes: Single Player and Multiplayer. The Single Player has further 2 modes: Campaign and Survivor Mode. Each of the mode is adventurous in its own way and will surely make you feel like part of the game.

The second sniper shooter game for iPhone is Sniper Shooter. In this game, your have to play as a contract killer who is offered contracts for killing rival criminals and enemies. While killing your targets, you need to make sure that you hit the headshot as the target will die only if hit with headshot. The game has 13 chapters with each chapter comes different sub-missions. You need to clear all the missions of each chapter to go to next chapter. The game also has multiplayer mode which gets unlocked once you complete 3 chapters. 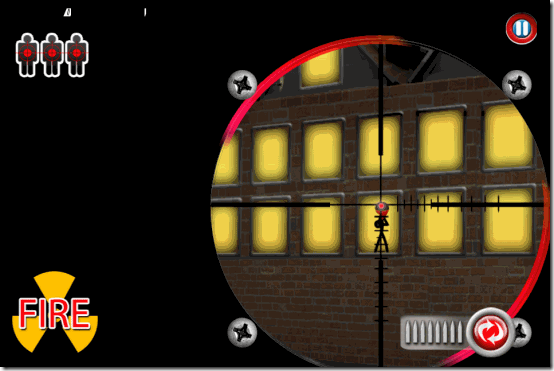 The next sniper shooting game is A Stickman Hitman (17+) – Rival Gangs At War. In this game, your character is a stickman hitman who has been hired by a local gang to wipe out the members of the rival gang as the rivals are planning to make a nuclear bomb. While killing your rivals, keep in mind that you have 3 lives to complete the mission. You will lose life with each bullet that will hit you. Your are rewarded points on the basis of rival gang members killed by you. The game has a leaderboard where you can check your ranking among the players from around the globe. 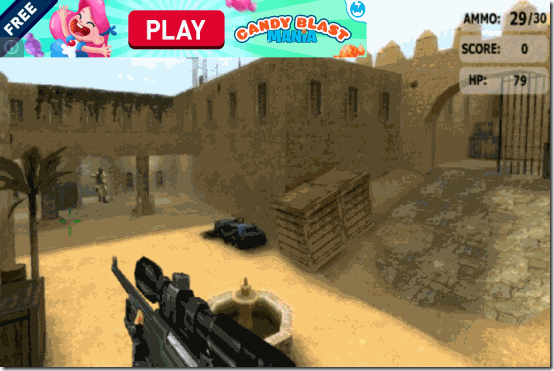 The second last game in the list is Sniper Shooting. This game has 3 different scenes for you to choose. All these scenes are somewhat a copy of Counter Strike’s map locations. In this game, you have to kill the maximum number of enemies before they kill you. When the game gets finished, you can check the stats like Score, Headshots, Shots, and Accuracy. The game is a little more difficult to play as compared to other games in this list but its fun once you master the game. 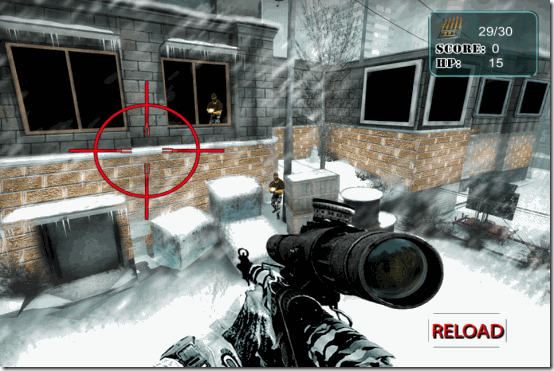 The final sniper shooting game for iPhone is Arctic Sniper Team. In terms of concept and stats, this game is totally similar to the fourth game in this list. The only difference is that the gameplay of the game is held around Arctic location full of snow. So you can enjoy this game if you love snow or you want a different type of location to show your shooting skills.

This completes my list of 5 free sniper shooting games for iPhone. Play them all alone or compete with your friends to check who can hit more enemies and that too with headshots. These games will surely keep you entertained for long. Don’t forget to mention the name of the game which impressed you the most.