This article covers 5 free Windows 10 dinosaur apps and games. Kids love dinosaurs and everything related to them. Though these majestic creatures might be extinct but the craze among people to know more about them keeps growing. This article includes some nice apps on dinosaurs which provide you more information on these creatures as well as allow you to play dinosaur games. Some apps included are purely information based, whereas some are for kids where they can color and do various activities involving a dinosaur, and then there are some dinosaur games in there as well.

All these apps included in this article are free to download from the Windows 10 store. Let’s go ahead and look at these free Windows 10 dinosaur apps and games below. 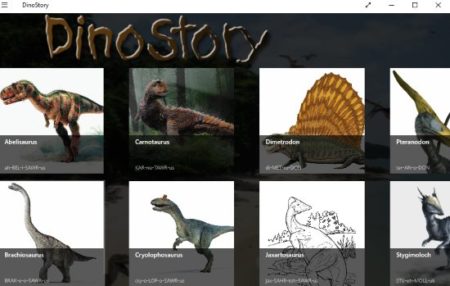 DinoStory is a nice dinosaur app with lots of information, and facts about dinosaurs. You can see the home page of the app in the screenshot above, here all the dinosaur species are listed with images and their names. You can scroll through them easily. To know more details about each type of dinosaur just click on the image. A page like the one shown in the below screenshot will open up with description of the dinosaur that you selected. 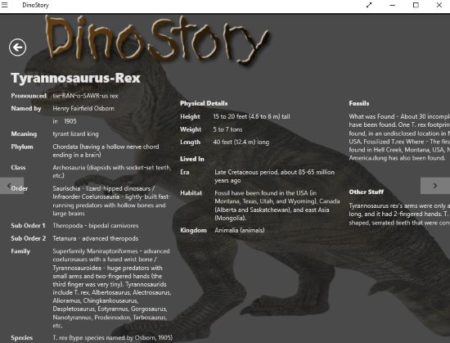 On this page you will be shown how to pronounce the name of the dinosaur at the top. Then some other information like the meaning of the name, family, sub order, height, weight, length, etc. are displayed. Similarly, you can check out information on other type of dinosaurs as well. 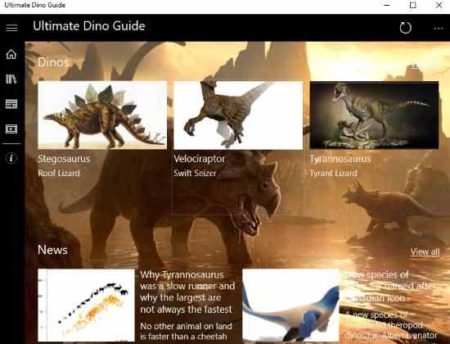 Ultimate Dino Guide is another app with information on dinosaurs. This app contains information, news, and videos on dinosaurs. The interface of the app can be seen in the screenshot above. In the Dinos section you will find various dinosaurs listed with their names and images. When you click on a dinosaur image and it will open in full page with the dinosaur image on top and information on the dinosaur below. This can be seen in the screenshot below. 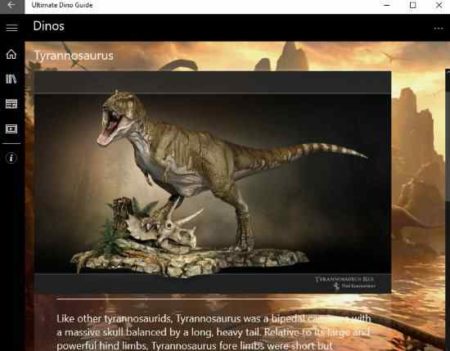 You can read the information provided on the dinosaur and learn more about them. In the news tab you will be able to read the latest news found on dinosaurs. In videos section you will find videos on dinosaurs and see them walking, hunting, etc. 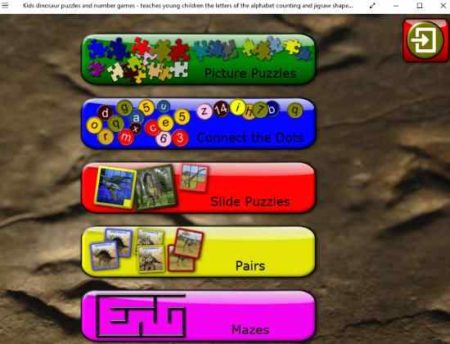 Kids Dinosaur Puzzles as the name says is a kids app with lots of dinosaur games in it. Kids who love dinosaurs would love to play the games in this app. As you can see in the screenshot above the games which are available are listed. Games like connect the dots, slide puzzles, mazes, pairs, and picture puzzles can be played. Example of a connect the dots puzzle can be seen in the screenshot below. 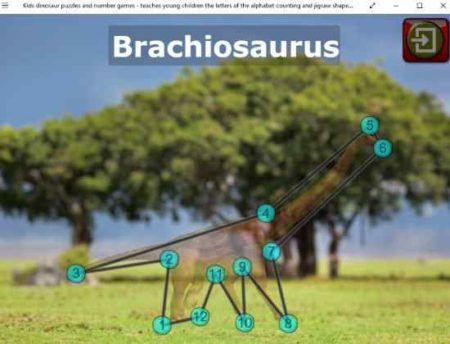 All the games are based on dinosaurs and will have different dinosaurs in them. Each game has many levels to play. In the free version of this app, only a few levels are available for free rest of the levels are locked and can be unlocked by upgrading to the paid version. 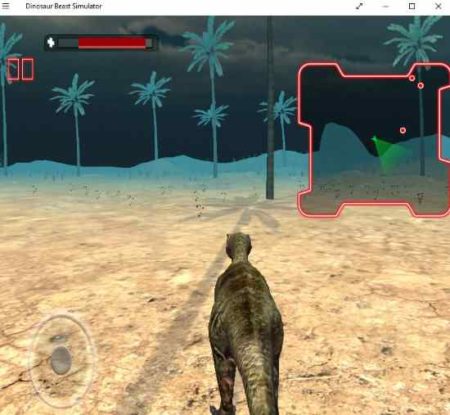 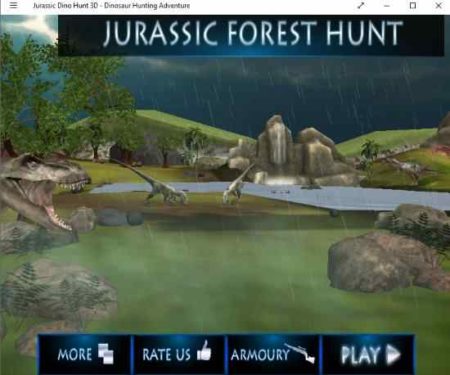 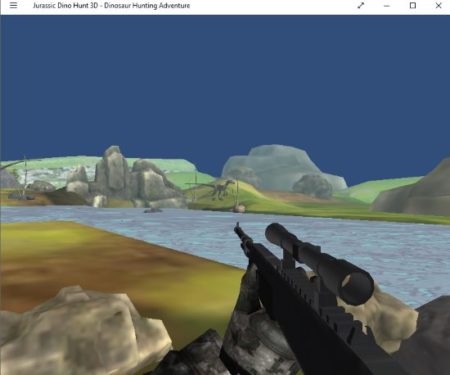 On this screen you will see a gun on one side of the screen and a dinosaur on the other side of the screen. You have to aim at the dinosaur using the focus window. Focus on the dinosaur and click the button with a bullet on it when you are ready. Once you click that button the bullet will be fired and it will hit the dinosaur if you have aimed right. The game would be more fun if you play it full screen mode.

These are the 5 free Windows 10 dinosaur apps and games which will give you lots of information on dinosaurs as well as let you play fun games. I liked all the 5 apps and games, specially the Jurassic Dino Hunt 3D game was quiet fun to play. Try out all these apps if you or your kids are also dinosaur lover.