In this article, I will introduce you to 4 free Tetris game for kids. These Tetris games differ from other conventional Tetris games as they replace the traditional Tetris blocks with character or creature blocks that your kids have to match either horizontally or vertically to earn points. You can also change the position of these creatures to match them. All of the games included in this article come with its own set of characters that your kids might like.

Me any my team have an immense love for Tetris games and we have covered a lot of topics related to it like 5 Tetris Like Games For Android, 5 free software to play Tetris on PC, and a lot other.

Make sure that you have the latest Adobe Flash player installed, as most of these require it to run. 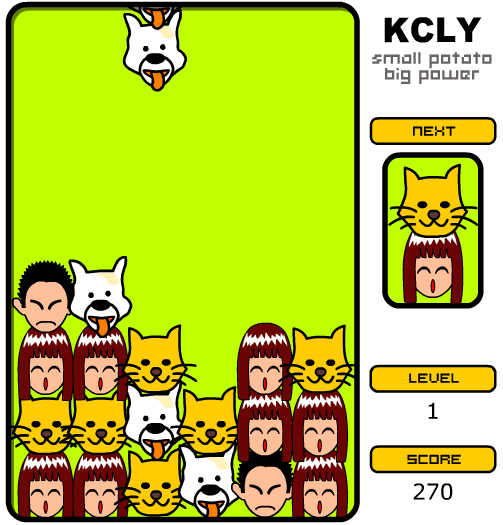 KCLY Diamond is pretty cool Tetris game for kids. As I mentioned above, this Tetris game is quite different from the classic Tetris game and your kid will find it quite easy to play this one. Ask your kid to match similar characters vertically or horizontally to score and clear lines. Please note that the trick involved in this Tetris game is that characters will only be cleared when you will match 3 similar characters either vertically or horizontally. You can move the character blocks right/left with arrow keys and make them fall instantly with down arrow key. It also shows the block of characters that will appear next. You can help your kid when the game progresses as the speed of character blocks increases with it. You just have to visit the link provided above to play this game.

Aquatris is another Tetris game for kids that comes with cool sea animals characters to play with. Well, this Tetris game is quite similar to the classic one but it replaces the conventional Tetris blocks with sea animals characters. Ask your kid to make a horizontal line with these sea animals to score and make blocks disappear. The characters include jellyfishes, golden fishes, crabs, and other sea animals. You can join them in any order to form a line. You can start playing this game with your kids from the link provided above. 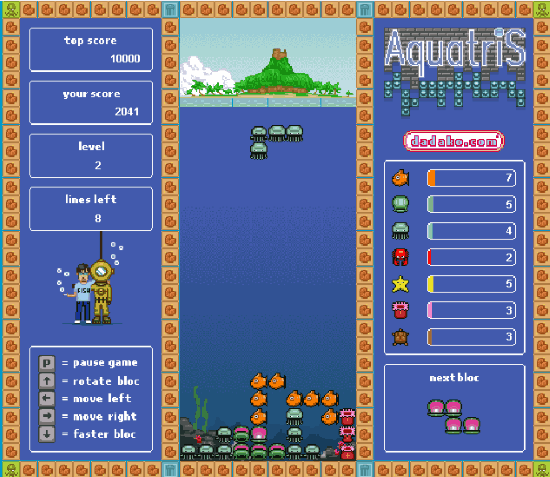 Hexa is another Tetris game for kids like KCLY Diamond. In this Tetris game, you have to match 3 or more similar characters to score and make them disappear. But what separates it out from other similar Tetris game included in this article is that you can change positions of characters in blocks. You can control a falling character block by arrow keys and change the position of characters by pressing up arrow key. 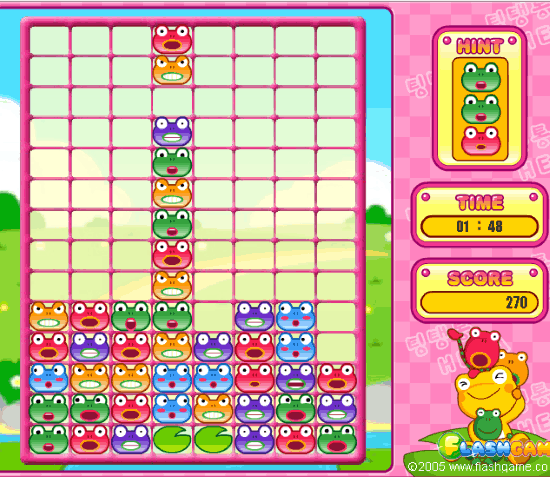 A point to note is that the language of this game is Chinese and I wasn’t able to find any option to change its menu language. To play this game, visit the game above and press the middle button out of the 3 buttons that appear on its interface.

Creepy Columns is another Tetris game for kids in which you have to match similar creatures to score. In this game, the traditional Tetris blocks are replaced by special creatures or monsters and your kid have to match the falling characters either horizontally or vertically. You can also change the position of creatures by pressing the up arrow key. Just like other Tetris game in this article, you can make them fall faster by space bar key and control their position by left/right arrow key. 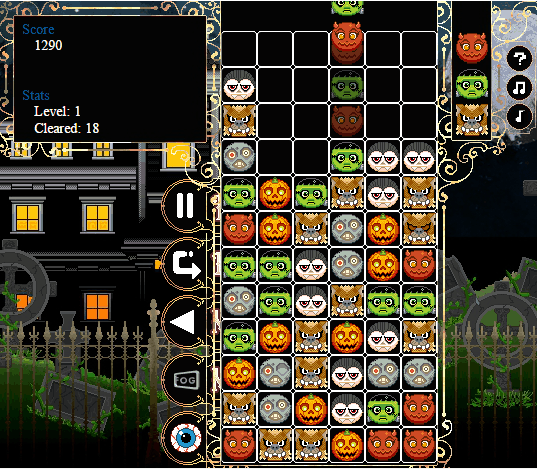 In this article, I have covered 4 free Tetris game for kids. These games are pretty simple and easy to play, and I am quite sure that your kids will love to play these games as they come with character blocks instead of old lego blocks. I personally liked KLCY diamond because of its clear graphics and I also liked Creepy Columns as it comes with scary characters.