In this tutorial, I will show you how to use multiple WhatsApp account on your Android phone with ease. Actually, there is a free app called “Parallel Space” which allows you to clone apps in order to access two different accounts simultaneously on one Android device. That means you can clone WhatsApp and use it on Parallel Space, apart from the WhatsApp app which you have already installed on your phone. 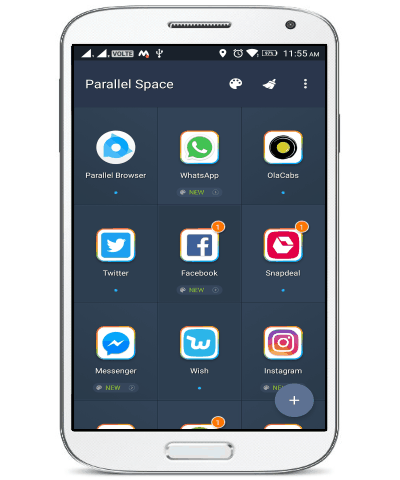 We have already covered How to Access Multiple WhatsApp Accounts from One PC, and now you can do the same on Android as well.

How to Use Multiple WhatsApp Accounts on Android:

Step 1: To get started, you have to install the “Parallel Space” app on your Android phone. After that, launch the app and you’ll see a “+” button at the bottom of the screen. This button can be used to select and clone apps in order to use multiple accounts. 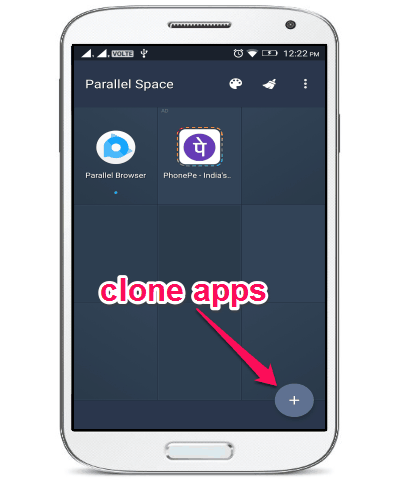 Step 2: When you tap on the “+” button it will ask you to choose the apps which you want to clone. So, here you have to tap on “WhatsApp” and then press the “Add to Parallel Space” button at the bottom to proceed. 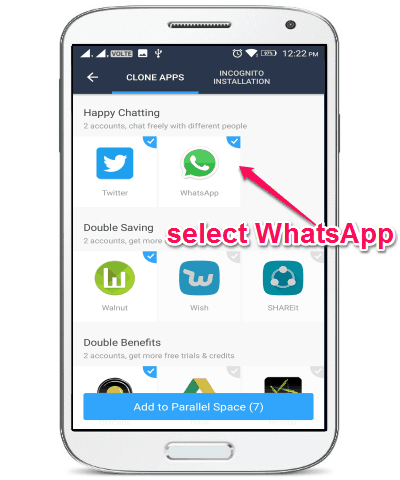 As soon as you do that, it will automatically create a clone of WhatsApp and add it to the main screen of “Parallel Space”. 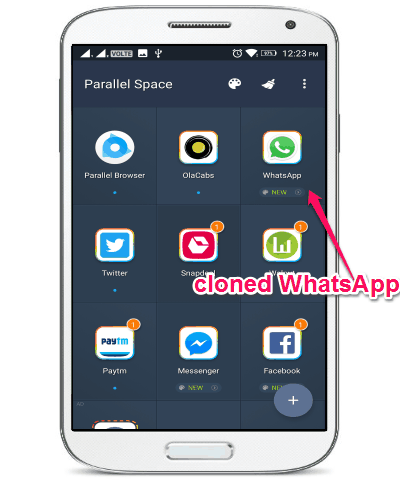 Step 3: Now, you can simply tap on the cloned WhatsApp app in order to set up your another account. You can set up the account in the same manner as you normally do with the official WhatsApp app. 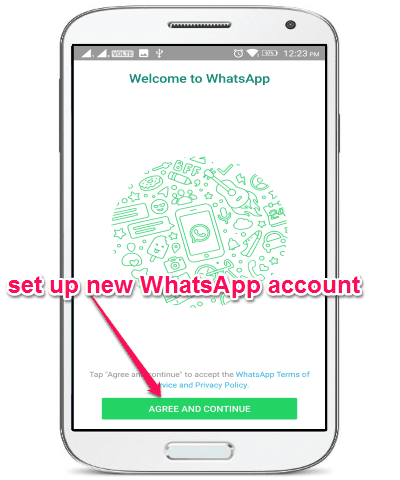 Step 5: After you’re done setting up the new WhatsApp account, you can use the account at the same time with the other one on the official WhatsApp app in your Android phone. Now, whenever you want to use the new account, simply open up “Parallel Space” and tap on Whatsapp on the main screen.

One of the coolest thing which you can also do with this app is that you can customize the look of the clone WhatsApp by applying different themes.

Get “Parallel Space” from here.