AssaultCube is a free first person shooter game for Windows with nice graphics and realistic environments. If you love playing Counter-Strike, then you will definitely like this one too. This game is pretty simple with two teams on a battlefield, and all you have to do is carry on and hunt down all the enemies. One team is “RVSF” which is a group of armed forces and another team is “CLA” which is a terrorist group. There are 8 different weapons available such as Swiss Tech Combat Blade DR-88, MTP-57 Assault Rifle, etc. for both the teams to use and kill enemies.

The following screenshot shows the game interface while playing. 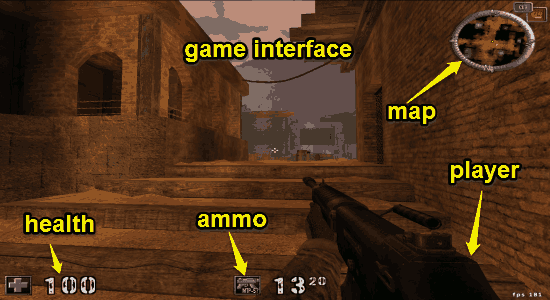 How to Play This First Person Shooter Game:

You can download the game from the link given at the end of this post or from the homepage of “AssaultCube”.

How to select game mode:

When you open the game, you will be able to see the single player and multiplayer options. Simply select any mode and start playing. I have selected single player mode for testing. Choose among the 8 different game modes to start the battle. The following screenshot shows how to select a game mode. 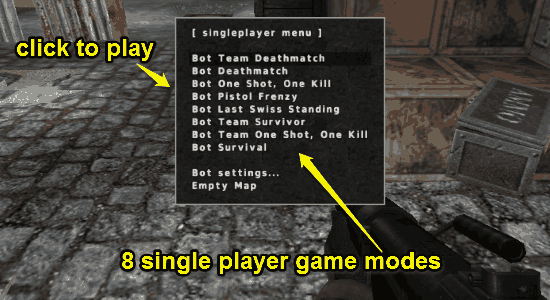 How to start playing:

After you choose a game mode, you will be able to choose game difficulty as bests, good, medium, worse, or bad. Select the number of enemies you want to play with (minimum number is 2 and the maximum enemies can be 32). Now the best part, choose a map among 50+ realistic maps. Simply roam around the map and find the enemies to hunt them down. There will always be a map on the top right of the screen indicating the presence of enemies and your location.

How to pick up items from the map:

While running through the map, you will come across many items such as ammo box, health kit, armor, grenade, etc. You can simply move towards them to pick them up so that you can use them during the game. The following screenshot shows how to pick floating items. 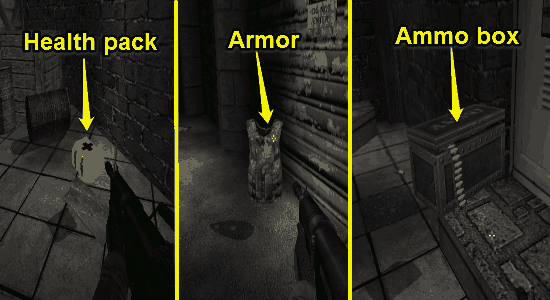 How to change setting and game controls:

You can press the “Esc” button while playing to change various game settings such as video, keyboard, mouse, sound, misc, gameplay, and head-up display setting. To change the controls of the player, simply go to the keyboard option and change the keys as you want. The following screenshot shows how to change player controls. 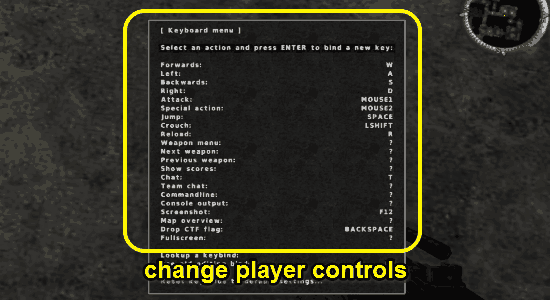 AssaultCude is a very interesting first person shooter game for Windows with nice and beautiful graphics. It supports both single player and multiplayer game mode. You can choose various weapons, difficulty levels, and maps before starting a game. Personally, I like this game as I am a Counter-Strike lover and this game is quite a great alternative for playing.