Koinonein Torrent Editor is a free batch torrenct editor software for Windows with DHT support. This software allows you to update a group of torrent files quickly. It allows you to update the details like collection, trackers, web seeds, and DHT nodes. You can load a directory of Torrent files and update the information in them in one shot. Or, you can also select only specific torrent files to update information. The software can also run in portable mode so you can use it without actually installing it.

If you often use torrent files then you will like this software for editing and updating torrent files. There are some torrent editor software already but they don’t support editing DHT information. And DHT nodes in modern torrenting play an important role in the concept called, trackerless torrents. Most of the new torrent clients support DHT nodes to get additional trackers and ease the process of torrent downloading. To add DHT nodes information, you can either add them one by one or multiple DHT socket addresses at once. 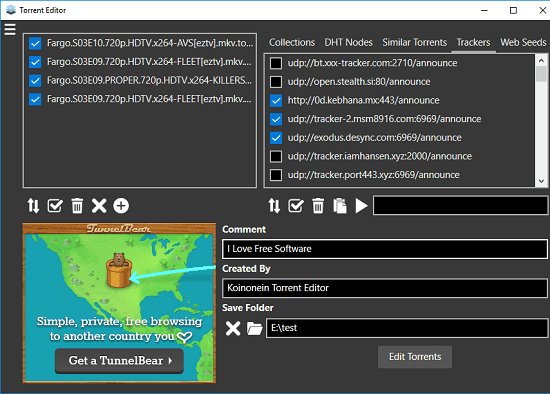 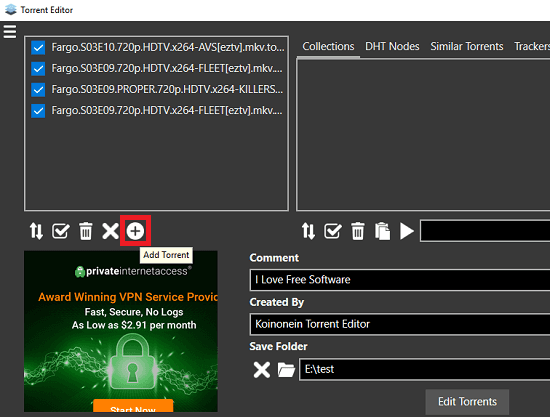 Now, move to the next section of the software and add the information in the respective tabs that you want to edit. You can specify the information of trackers in the “Trackers” section. And the socket address for the DHT nodes you can specify in the DHT Nodes section. To enter an address, simply type it in the box and then hit the play button. Or, you can copy paste the DHT addresses by simply copy paste in the box. 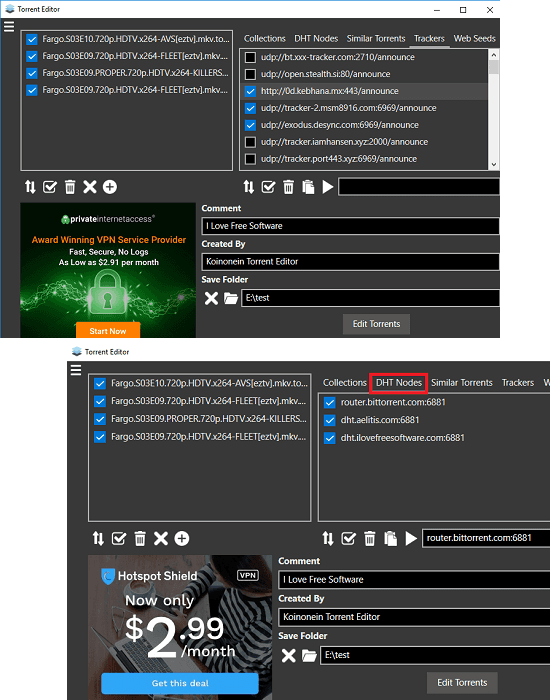 After you are done, you can specify an output folder and then hit the “Edit Torrent” button. It will immediately update all the torrent files and will save them in the output folder. Also, if you want the information to be updated in specific files only then you can exclude them from the list by simply unchecking them.

That is how you can use this free software to batch edit torrent files. And what makes it different from other software is that it lets you update information of DHT nodes in torrent files easily. If you often create torrent files, then it will be a useful software.

Koinonein Torrent Editor is quite a powerful torrent editor software to batch edit torrent files. And the best part is that, you can even edit or update the information of DHT nodes as well. And not just all the torrent files but if you want to update only specific files from the list then you can do that. So, if you are looking for some torrent file editor something like this then you can give it a try.